Hollywood stars like Leonardo DiCaprio, George Clooney and Nicole Kidman are now personae non gratae in Rome, according to the Italian capital’s new mayor, Gianni Alemanno, a former fascist who thinks American stars shouldn’t be hyped at Rome’s annual film festival at the expense of Italian actors and directors.

Alemanno made an overhaul of the star-studded Rome film festival one of his manifesto promises.

“I believe we need to promote Italian films rather than Hollywood stars,” he declared last week. One of his campaign slogans was: “Alemanno – for less cinema and more security.” He has appointed Pasquale Squitieri, 69, a veteran director of spaghetti westerns, who lives with screen legend Claudia Cardinale, 70, to “give us a hand to promote our cinema”.

Squitieri made the film Claretta about Mussolini’s mistress Clara Petacci, who was shot with the dictator in 1945 and hanged upside down alongside him.

Last week he said there was precious little for Italy’s film industry to celebrate. 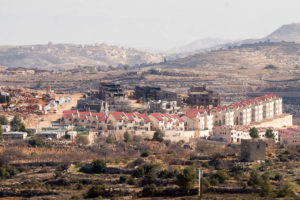