According to a count by the Associated Press, the number of U.S. soldiers killed in Iraq has exceeded the 2,973 victims of the 9/11 terrorist attacks. The bleak milestone was reached on Christmas Day.

In a span of a few hours, 2,973 people were killed in the Sept. 11, 2001, terrorist attacks. In a span of 45 months, the number of American troops killed in Iraq exceeded that grim toll as the war continues.

The milestone in Iraq came on Christmas, nearly four years after the war began, according to a count by the Associated Press. In announcing the Monday deaths of three soldiers, the toll from those fighting the war surpassed the toll from those killed by terrorists in New York, Washington and Pennsylvania.

President Bush has said the Iraq war is part of the United States’ post-Sept. 11 approach to threats abroad. Going on offense against enemies before they could harm Americans meant removing the Taliban from power in Afghanistan, pursuing members of Al Qaeda and seeking regime change in Iraq, Bush has said. 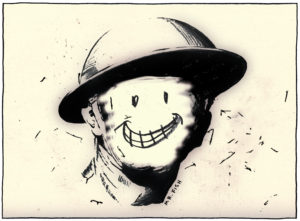