Within the next two weeks, the number of American troops killed in Iraq is likely to reach 4,000, assuming that the average number of fatal casualties per day remains steady. It is an arbitrary number, given meaning by the fact that the nation may briefly take notice, but a day will come in this presidential campaign when Sen. John McCain must explain what he thinks we have gained by the sacrifice of those men and women.

Anticipating that prospect must make McCain uneasy. Speaking to reporters on his campaign bus the other day, he worried aloud that unless he can persuade voters that current policy is succeeding in Iraq, “then I lose. I lose.”

Almost immediately he regretted his candor and asked for a quick rewrite. “If I may, I’d like to retract ‘I’ll lose.’ But I don’t think there’s any doubt that how they judge Iraq will have a direct relation to their judgment of me, my support of the surge,” he said. As the presumptive Republican nominee — representing the continuation of a presidency that has fallen from favor with as many as eight out of 10 Americans — McCain has ample reason to worry. His forthright support of President Bush, the war and the escalation of the past year is unlikely to endear him to independent voters who otherwise admire his maverick image and reform record. They still feel betrayed by the exaggerations and lies that led us into war. They don’t want to spend any more lives or money on this misadventure.

Against that overwhelming public sentiment, McCain insists that he can see “a clear path to success in Iraq,” with American and civilian casualties declining and Iraqis assuming responsibility for their own security. The Arizona senator evidently realizes that his recent prediction of a century-long American occupation did not go over well. “All of us want out of Iraq,” he told the Associated Press on Feb. 25. “The question is, how do we want out of Iraq.”

Yet, even while he uttered those soothing words, the Pentagon was preparing a new deployment schedule that proves the path to success is far from clear. The “surge” in U.S. combat forces has not led to stability, but to a terrible dilemma for American commanders in Iraq. The current level of combat troops is not sustainable, but reducing that level is likely to provoke increased violence. For the moment, the White House hopes to maintain enough force strength to forestall the inevitable reckoning until some time after Election Day.

Certainly the troop escalation helped to revive McCain’s fortunes in the Republican primary contest, quelling any dissent among his rivals (except for the indefatigable, unelectable Rep. Ron Paul). Yet the escalation appears to have had little political impact outside the GOP, despite all the promotional hype. If McCain is truly depending on the surge to elect him in November, he won’t find the data reassuring.

In national surveys, many Americans agree that sending more troops has improved conditions in Iraq. But those same surveys show that the temporary improvement has not changed their opinions about the war. A substantial majority believes that invading Iraq was a mistake, that we should bring the troops home within a year and that the Bush administration has handled the war badly, or very badly.

For months we have heard little discussion of the war, as the primaries diverted us with the ephemera of push polls, plagiarism and Fred Thompson. Sooner or later, the debate over the war will intensify again, offering its leading senatorial advocate an opportunity to tell us why the invasion was justified, given the absence of weapons of mass destruction; what he expects the continuing occupation to accomplish; when those objectives will be achieved; and why the installation of a Shia regime so closely linked with the mullahs in Iran is worth the sacrifices that we all mourn.

So far, McCain has preferred angry sound bites to substantive argument. He regularly accuses Barack Obama, Hillary Clinton and the Democratic leadership in Congress of wanting to “wave the white flag of surrender,” a demagogic cliché that ought to be beneath him.

But it is important to remember that on the subject of military conflict, the venerable veteran is not always rational. He has said we should have pursued “victory” in Vietnam, although we lost 10 times as many Americans there as we have to date in Iraq. Perhaps someone will eventually ask him a simple question: How many dead is too many in this war? 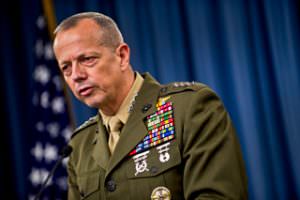 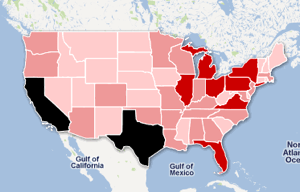