In what is hopefully not one of the seven signs of imminent apocalypse, former Vice President Dick Cheney once again darkened the halls of Congress on Tuesday, huddling with House Republicans to strategize about the simmering war zone that is Iraq.

Cheney’s customary hawkishness was on display as he addressed his GOP audience, reaffirming his stance on taking aggressive action in Iraq on the eve of President Obama’s announcement about how his own administration plans to deal with recent developments in one of the two nations in which he had aimed to markedly reduce America’s military presence.

Cheney’s remarks might have sounded familiar to most people who have listened to bellicose GOP rhetoric for decades.

“What he talked about was we’ve, Republicans, have had a position on peace through strength. You look at all the Republican presidents we’ve had back to [Dwight] Eisenhower. You know they all understand, if you’re not strong, then you invite aggression. When you invite aggression, you end up with people getting killed,” said Rep. Buck McKeon (R-Calif.), the chairman of the House Armed Services Committee who recently returned from the Middle East.

“It’s important to be strong, and that’s what he talked about,” he added.

Although no one challenged Cheney, some Republicans have signaled greater reluctance to respond militarily to every new threat.

Rep. Tom Massie (R-Ky.) said last month that Obama should have sought congressional approval before the latest round of airstrikes. And since Iraq poses no imminent threat to U.S. national security, he said he would vote against authorizing the use of military force in the country.

According to Rep. Dave Reichert, Cheney was nothing if not consistent, as President Bush’s second-in-command reinforced the link between Iraq and the terrorist attacks on Sept. 11, 2001:

“He mentioned the 9/11 attack was accomplished by people who came to this country with airplane tickets and box cutters and killed over 3,000 people,” Reichert said. “What he said is that as ISIS and other terrorist groups — the Muslim Brotherhood, the Taliban, al Qaeda, etc. — gain strength and no action is taken or perceived weaknesses are seen, there’s a greater chance America could be attacked again, and this time it won’t be box cutters and airplane tickets.”

A number of the lawmakers said neither they nor the public want to look back at the mistakes of the past.

That’s the pesky problem with hindsight — it can lead to learning from past mistakes. On Wednesday, we’ll find out whether our sitting president has such a selective memory. 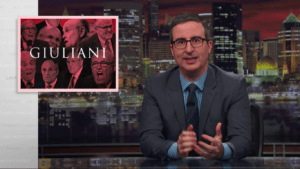