What It Takes to Build Alaska’s Highways of Ice 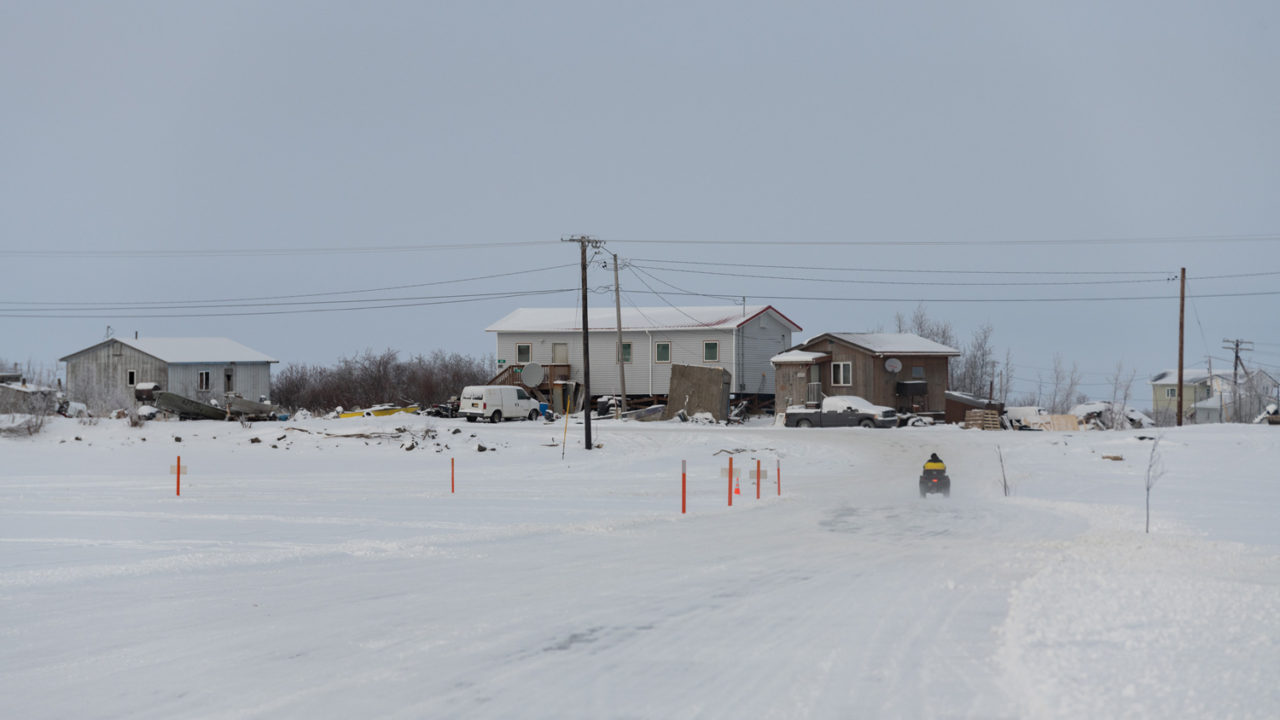 A few weeks ago, Mark Leary and his crew began to plow the snow off the frozen Kuskokwim River in southwest Alaska. Every year, once the river freezes and the snow is cleared from the ice, dozens of trucks, snowmobiles and other vehicles from more than 17 different villages whiz back and forth atop it. This is the Kuskokwim ice road, whose main stem can extend over 300 miles, connecting the bulk of the region’s population.

“Oh my gosh, you gotta see it with your own eyes,” said Leary, the director of operations for the road and an employee of the Native Village of Napaimute, the entity that leads the effort to establish and maintain it. “The traffic on it is huge. There’s a steady stream of vehicles all day long going up and down on the ice road.”

There has been an ice road of some sort on the Kuskokwim River since vehicles first arrived in the region. But Leary said the tribe saw a need to begin maintaining it about a decade ago to facilitate transportation of wood products during the winter, and to keep the route safe and clear for the thousands of residents who live along the river. Now, however, a changing climate and more erratic winter storms are making ice roads like this one less reliable and harder to keep safe and passable all winter long.

Frozen rivers provide a relatively smooth and solid corridor for traveling in the North. They have been used for thousands of years and still connect rural communities across the state. Today, most residents and businesses along the Kuskokwim use the ice road to carry mail and freight, get to the hospital or clinic, and even transport school basketball teams to games in nearby villages. There is no other road connecting the communities; without it, people would have to rely on air travel, which isn’t always an option because of bad weather or exorbitant costs.

Ice roads are also important for industry in the Arctic, especially on Alaska’s North Slope, where resource companies use them so operators can avoid driving on tundra when traveling between base camps and exploration and development sites. “The ice roads you see on TV, they have an industry behind them — oil companies and mining companies,” Leary said. “This road that we plow on the Kuskokwim River is for the people who live here. For the few months that it exists, it makes life much more convenient and much, much cheaper.”

Adrian Boelens, who has lived in the Yup’ik village Aniak her whole life, said she uses the ice road a lot. “I remember a time when my little brother-in-law broke a tooth,” Boelens said. “We have a clinic (in Aniak), but their medical services are limited. Bethel” — a major hub in the region — “has the next biggest hospital, and that’s easiest to access. He had to go down with a truck to get his tooth repaired so he didn’t lose the tooth.”

Boelens and her family also use the ice road to go ice fishing, visit friends, travel to nearby villages for basketball tournaments, and drive to Bethel to buy appliances, recreational gear and raw materials, like lumber. “Getting that stuff thrown in with air carriers is expensive,” she said. “Utilizing the ice road for that is a huge benefit. We had a water pump go out once, but we drove down to Bethel with our truck to pick up a water pump because it was just cheaper and easier.”

Leary and the dozen or so people on his crew maintain the ice road with three graders and three plow trucks. The annual cost depends on inflation, weather and how many miles the crew can plow. In past years, the Kuskokwim River ice road has cost more than $300,000 to maintain, Leary said. This year, he added, it may be more, since fuel has surged to about $9 a gallon, and the markers used to guide drivers have doubled in price, from $16 two years ago to $32 this yearFor most of the last decade, maintenance costs have been covered by donations from residents, businesses, city governments, tribal governments, village corporations and the regional corporation in the area. “We reached out to everybody along the river to help pay for it, and the support was huge,” Leary said. “One time, it almost made us cry. We were plowing back to Kasigluk, 50 miles below Bethel. The people of Kasigluk literally passed the hat, pitching in $5, $10, $20 each — whatever they could afford. When we got out there in the middle of the night, they came down to the river with an envelope in their hand. Their contribution was like $300-something. It paid for one guy’s wages.”

In recent years, Leary and his crew have advocated for more state support. Every state entity in the area uses the ice road, including the Alaska State Troopers. Each time Leary saw a trooper on the ice road, he took a picture and emailed it to state officials. After that, Leary said, the state contributed 4,000 uniform trail markers—used to designate villages, hazardous areas and even scenic views — fulfilling the crew’s “longtime dream,” Leary said. Before, they marked the road with whatever they had, including tree branches. Now, people can easily tell when they’re on the official ice road.

Last year, the Alaska Legislature began giving the crew a grant to help cover the costs of maintaining the ice road. This year, the crew is also, for the first time, receiving federal money: Lawmakers included ice road maintenance funds, distributed through a state program called Safe Ice Roads for Alaska, in a 2021 trillion-dollar federal infrastructure bill. The program allows entities to apply for up to $500,000. As a result, Leary’s crew is operating on full public funding this year.

But money isn’t Leary’s only worry. Unprecedented weather and warming from climate change are shortening the ice road’s season and hampering its reliability; warm winter storms can thaw rivers in places, making ice roads hazardous or impassable. According to the Alaska Department of Resources, Division of Lands, the winter tundra travel season on the North Slope has shrunk from about 200 days in the 1970s to about 120 days in the early 2000s.

“What I’ve observed is we have lost our pattern,” Leary said. “There’s no reliable seasonal pattern.” It used to be that the river would be frozen by mid-October; not anymore. “There’s just nothing that we can count on. We don’t know from year to year. We just don’t know. We watch and observe, and deal with it.” Marjorie Cohn / Truthout Broken windows policing reflects racist assumptions about what disorder is, and who is disorderly.