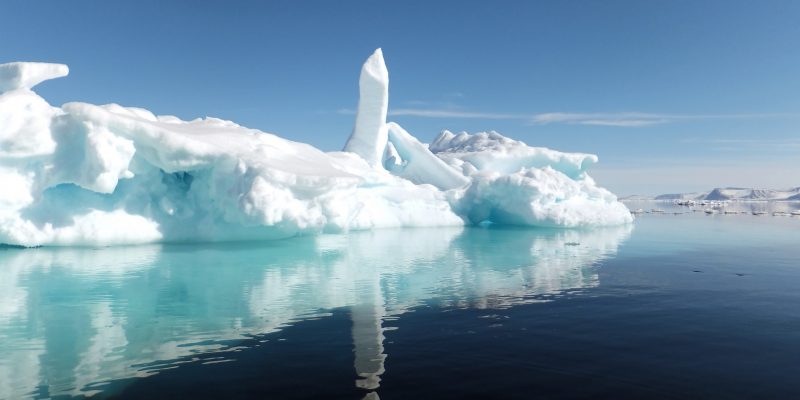 Stretches of the Arctic’s oldest ice, and its thickest – the last refuge ice that should survive even when the Arctic Ocean technically becomes ice-free in summers later this century – are now disappearing twice as fast as the rest of the Arctic icecap.

Although the north polar ice is vulnerable to global heating, and has been thinning and retreating at an accelerating rate for the last 40 summers, researchers have always expected some winter ice to survive: they define an “ice-free Arctic Ocean” as one with less than 1 million square kilometres of surviving ice pack.

But this supposedly ancient remnant of the polar winters, concentrated north of Greenland and the Canadian polar archipelago, is showing signs of change.

Researchers do not explicitly finger climate change driven by ever-greater human use of fossil fuels as the direct agent of this change: this is an area of polar ice difficult to observe and explore, is little known, and may always have been subject to change.

But scientists know why it is important. From submarine algae to polar bears, an entire Arctic ecosystem is dependent on the ice sheet. As the ice disappears, so will the seals, and their predators too.

Conservation-minded governments that want to establish protected areas need to know where protection will work best. “Eventually, the Last Ice Area will be the region that will repopulate the Arctic with wildlife,” said Kent Moore of the University of Toronto in Canada. “This area will be a refuge where species can survive and hopefully expand their regions once the ice starts returning.”

Dr Moore and his colleagues report in the journal Geophysical Research Letters that they used computer models and satellite observation data to build up a picture of what they call “spatiotemporal variability” in their Last Ice Area.

They found two distinct places where ice thickness fluctuated by up to 1.2 metres from year to year. In some patches, the ice was thinning by the decade: a loss of 1.5 metres since the late 1970s.

Most north polar ice is youthful: seldom more than four years old. The Last Ice Area is certainly more than five years old, and has been measured at a thickness of four metres. It is not a static region: ice moves with the ocean beneath it.

And even the levels of melting are affected by natural cyclic ocean shifts as well as higher temperatures fuelled by greenhouse gas build-up in the atmosphere.

The race is on to understand the forces at work in what might be – one day – the only surviving ice in the polar summer.

“We can’t treat the Last Ice Area as a monolithic area of ice which is going to last a long time,” said Dr Moore. “There’s actually lots of regional variability.”