Homosexuality May Become a Felony in Liberia Liberia is considering two proposals that would make consensual same-sex acts punishable with jail time; NATO refuses to get involved in the crisis in Syria; and a Jewish journalist killed by terrorists was baptized posthumously by the Mormon Church. These discoveries and more below.

Charges Against Assange Drawn Up In US, Says Email United States prosecutors have drawn up secret charges against WikiLeaks founder Julian Assange, according to a confidential internal email obtained from a private US intelligence company, Stratfor.

Occupy Vigilantes Write New Volcker Rule Script It isn’t every day that a reporter gets to sit in on a high-stakes policy meeting in New York’s financial district, but that’s exactly what Susan Antilla did on a balmy evening in late February at 60 Wall Street, the U.S. headquarters of Deutsche Bank AG.

Don’t cry for Argentina The negative view of what has happened in Argentina is, not surprisingly, provided by the Financial Times.

NATO chief: Intervention just won’t work in Syria Not only will NATO not participate in any military intervention in Syria, NATO assets won’t be used to deliver any military, humanitarian, or medical assistance there, according to NATO Secretary-General Anders Fogh Rasmussen, because any type of Western intervention is not likely to help solve the crisis. 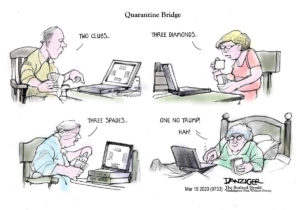