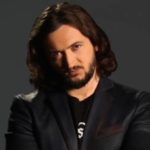 My longtime arch-nemesis, the Trans-Pacific Partnership (TPP)—which I thought we had vanquished after years of stabbing, kicking and choking it—may now be rising from the dead like a zombie, like a vampire, like a Jeff Sessions. And this is yet another sign that the so-called Democratic “Resistance” is a joke so big it has to buy two airplane seats.

The TPP was the largest trade deal ever conceived. It was created under Barack Obama, hashed out in secrecy by corporate lawyers, involved 12 countries and would’ve gone through except that Donald Trump promised during his campaign he would not sign it. When he got into office, he stuck to that promise. But don’t kid yourself into thinking he trashed it because he had some strong economic understanding of how harmful this beast would’ve been to the working class, or that he cared a lot for the environment and the people the TPP would have hurt.

He wasn’t sobbing at his desk thinking about the young child getting paid pennies a day because corporations can exploit everyone freely. Instead, Trump binned it because a bunch of people on Twitter yelled at him, and he thought: “Whatever they said—I’ll do that. Plus, it will piss off Obama.”

So as idiots and paint chip nibblers are known to do, Trump did something good for all the wrong reasons. That’s pretty much the case every time he does something good. Anyway, now Australia is pressing Donald to rejoin the TPP. And recently Trump said he “would do TPP if we were able to make a substantially better deal.” There’s also the risk that Trump and friends will basically just rename the TPP something else. You know, rebrand it so the American people will stop complaining. Instead of “Trans-Pacific Partnership,” it will become the “Trans-Fats Are Tasty Partnership,” and Americans will think: “That sounds good. You mean like Oreos and stuff? Like Double-Stuffed Oreos and stuff? Mmmmmmm, stuffffff.”

Of course, this raises questions: What does “a better deal” even mean to Trump? You know he’s not going to read the thing. It’s thousands of pages long!

He’s also renegotiating NAFTA to “get us a better deal,” which is like hiring an empty shoe box to renegotiate your mortgage. And keep in mind, NAFTA was not just a disaster for your average American. It was a disaster for your average Mexican, too, which triggered much of the migration to the United States that Trump supporters and run-of-the-mill racists love to complain about. NAFTA allowed U.S. corporations to crush Mexican farmers, and suddenly, trekking through the deadly desert to America seemed like a nice option.

What does this have to do with the so-called Democratic “resistance”? Well, there’s a reason Trump has such an outsize trade authority—a reason your mainstream media would rather you forget. Obama handed this trade authority to Trump on a silver platter. Back in 2015, Congress, under pressure from the Obama administration, voted to give the president, any president, unlimited trade authority for the next six years. This means Congress cannot change a word of any trade deal Trump approves.

This is yet another way the corporate-owned Democrats have furthered and supported Donald Trump every step of the way. They try to act like the “Resistance,” but they’re not resisting anything. They’re trying desperately to prop him up, make him stronger, give him every power a unitary executive can have.

Think about this. Besides unlimited trade authority, many Democrats also voted to continue to give Trump unlimited war powers with the Authorization for Use of Military Force (AUMF). Thirteen Democratic senators voted to continue to have no congressional oversight over Trump’s wars. Remember that the next time Jean Shaheen, Claire McCaskill, Mark Warner and Sheldon Whitehouse try to tell you they’re part of the resistance. No, they’re part of the “freesistance”—giving Trump a free pass for unlimited war. They’re paid employees of the war profiteers. Having the word “Senator” before your name just means you’re one of the more highly paid employees. It just means you have a bathroom that others aren’t allowed to use.

A few weeks ago, Congress passed a spending bill that took away the remaining congressional oversight of the intelligence community. Before that, they voted to continue giving Trump unlimited surveillance abilities. According to The Intercept, “Leading the charge against reforms of the FBI’s domestic spying powers was Rep. Adam Schiff of California, the ranking member of the House Intelligence Committee who, in countless TV appearances, has strongly insinuated, if not outright stated, that Trump is controlled by and loyal to Russian President Vladimir Putin.”

Huh, that’s interesting. If Schiff believes Trump is controlled by Putin, which would be treasonous, then you would think Schiff must really not want Trump to have a dictator’s toolbox. Yet Schiff has fought for Trump to have unlimited spying abilities, unlimited war powers and unlimited trade authority (which means unlimited rights to cede our nation’s sovereignty to corporations). Wow, it almost sounds as if Schiff is just saying that stuff about Putin because it looks good to be “part of the resistance.”

By the way, it’s not as if Schiff sheepishly voted for these surveillance powers. The Intercept’s Glenn Greenwald wrote: “In demanding rejection of the warrant requirement safeguard, Schiff channeled Dick Cheney—and the Trump White House—in warning that any warrant requirements would constitute ‘a crippling requirement in national security and terrorism cases.’ “

Just to sum up, the Democrats have helped, voted for, and often argued in favor of all of the following:

If this is considered “resistance,” then I don’t want to be a part of it. I’d rather spend my time resisting the “Resistance” and thereby taking this dictator’s toolkit away from Donald Trump.

Do not expect them to save us.

We need to organize on the local level—change things in our states and cities, where it’s still corrupt, but a little bit less so.

Don’t wait for their permission to make a better world.