Last week, the U.S. Senate confirmed John B. King Jr., a man who has refused to use his authority to provide justice and relief to Americans defrauded by for-profit colleges, as secretary of education.

Sam Sacks reports at The District Sentinel via Truthout:

King has thus far declined to act, despite having served as the acting Secretary of Education since January. He has subsequently become the subject of ire of thousands of debt-saddled college students who have appealed to the department to forgive their obligations to for-profit schools that fraudulently lured them into traps.

One school, Corinthian Colleges, filed for bankruptcy last year after the department fined it $30 million for lying to students about job placement prospects and accreditation. The Consumer Financial Protection Bureau followed up by levying more than $500 million in fines, which the shuttered school was unable to pay.

The Secretary of Education has unique power to relieve students of their federally-guaranteed student loan obligations under a rule called “Defense to Repayment” — one that the Obama administration has thus far refused to widely invoke.

In the intervening months, roughly 200 former Corinthian students have joined the strike, and more than 5,000 students of other private for-profit colleges have asked the Department of Education for debt forgiveness — through a portal set up by the Debt Collective organization, which has been representing the strikers. 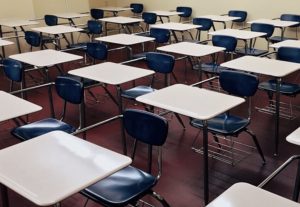