MSNBC: CAIRO, Egypt – Al-Jazeera aired a new videotape Monday of kidnapped U.S. journalist Jill Carroll, showing her wearing a headscarf and weeping as she purportedly appealed for the release of female Iraqi prisoners.

The video is dated Saturday, two days after the U.S. military released five Iraqi women detainees. U.S. officials said the release had nothing to do with the kidnappers’ demands. | story

Truthdig says: Al Jazeera won’t let us hear Carroll’s voice because it would be too “upsetting” to viewers. CNN won’t even show a clip. What exactly is going on here? Why not let us, the viewers, decide what’s too “upsetting”? How is this any different from Bush’s censorship of coffins returning home from Iraq? We’ve watched jetliners packed with innocents crash into our Twin Towers. We’ve watched Iraqi civilians slaughtered in real time by our own forces. Since when did we become unable to judge for ourselves what we need to see to make sense of the world around us? 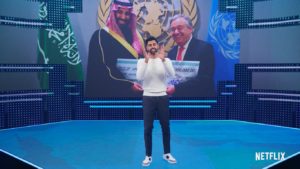