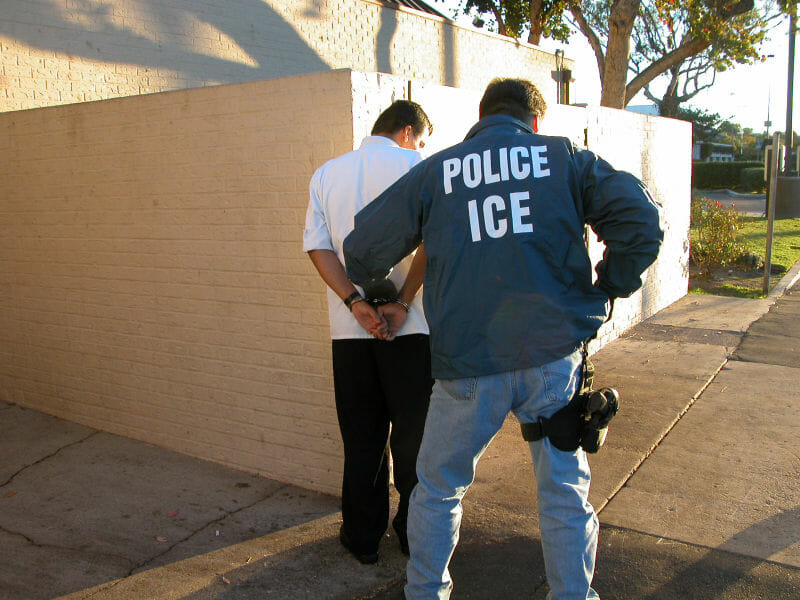 Immigrant rights groups are blaming ICE for the death of a transgender woman who died last Friday after seeking asylum at the U.S.-Mexico border and being held in the agency’s custody for two weeks. The woman’s death calls attention to the brutal treatment faced by immigrants held in ICE facilities, advocates say—cruelty that existed under the Obama administration and has worsened under President Donald Trump.

Thirty-three year old Roxsana Hernandez had arrived in the U.S. on May 9 with the migrant caravan of hundreds of people who had traveled through Mexico from Central America earlier this spring.

Hernandez was HIV-positive, and according to the group Pueblo Sin Frontera, which had organized the caravan, she died after having been held for several days in a cold cell known as an “ice box” at the San Ysidro port of entry.

Diversidad Sin Fronteras and Al Otro Lado joined the group in asserting that ICE was to blame for Hernandez’s death, saying that she was given inadequate food and medical care and was held in a cell where the lights were on 24 hours a day.

“Roxy died due to medical negligence by U.S. immigration authorities,” the groups said in a statement. “Why incarcerate and torture her like this? She had a home waiting for her in the United States. They could have let her go there. If they had, she would still be with us.”

Hernandez had been taken to Cibola County Correctional Facility, which contracts with ICE, on May 16, then airlifted to the intensive care unit at a hospital in Albuquerque where she remained until she died on May 25 of cardiac arrest. She had also been found to suffer from pneumonia and dehydration.

According to Sarah Sherman-Stokes of Boston University’s Immigrants’ Rights and Human Trafficking Program, Hernandez was the sixth immigrant to die in ICE custody since October 2017, the beginning of this fiscal year.

Roxana Hernández’s death is a symptom of a bigger problem. deaths in immigration detention are way up. in fact, 2017 saw the highest number of deaths in detention since 2009. here’s why. 2/

here’s another reason: the standards that govern conditions in immigration detention are toothless. there is no enforcement mechanism and no incentive to comply with even low level standards around conditions of confinement, medical care, or access to clean food and water. 4/

Immigrants’ requests for care routinely go ignored, according to the group’s report, entitled “Systemic Indifference,” and facilities were found to disregard appropriate HIV screening guidelines and care for HIV-positive patients.

Significant lapses in medical care in immigration detention facilities “are not new problems,” read the report, but HRW expressed concern that treating immigrants properly was being prioritized less and less under the Trump administration.

“ICE has been receiving reports of such substandard medical care for years but has failed to take meaningful action,” wrote the group. “The Obama administration implemented several new programs meant to improve oversight, but these monitoring procedures remain inadequate, and the Trump administration has already announced plans to reverse many of these reforms.”