A Gruesome Find in Mexico

Just when you thought the drug war south of the border could not get any more gruesome comes this report from northern Mexico, where 177 bodies have been discovered in a mass grave, many of the victims beaten to death with a sledgehammer. –YL

[Authorities] say as many as 122 of the victims were passengers dragged off buses at drug cartel roadblocks on the major highway to the United States.

The mass killings of civilians at isolated ranches 90 minutes south of the Texas border mark a new level of barbarity in Mexico’s four-year U.S.-backed drug war.

As forensic teams and Mexican marines dig through deeper and darker layers here, the buried secrets in San Fernando are challenging President Felipe Calderon’s assertions that his government is winning the war and is in control of Mexico’s cities and roads. 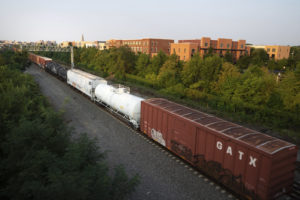