The fate of Senate Majority Leader — and favorite punching bag of tea party types — Harry Reid may hang in the balance during this year’s election cycle, and on Tuesday his home state of Nevada will be one of 11 states holding primaries. Thankfully, The New York Times has cobbled together a useful guide to key primaries around the nation. –KA

It’s a coast-to-coast series of primaries, with voters from South Carolina to California choosing which candidates will be on the general election ballot in November in campaigns for governor, House and Senate. Here is a state-by-state guidebook for some of the important races to watch.

NEVADA: Mr. Reid faces no serious Democratic opposition on Tuesday, but he will find out who his Republican challenger will be. As the leader of the Senate, Mr. Reid is inextricably linked to Washington and is ultimately responsible for passing the policies that have helped fuel the discontent in the electorate. There’s No Accounting for Taste in Arkansas 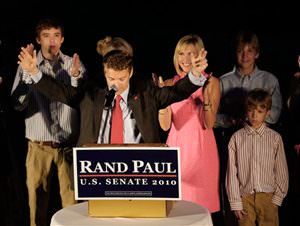