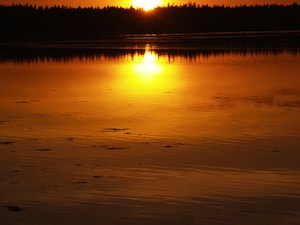 LONDON — The global average temperature in 2014 is expected to make it one of the warmest years on record, according to the UK Met Office.

Allowing for uncertainty in the forecast, it expects 2014 will be one of the warmest ten years in the record, which goes back to 1880. The forecast range and central estimate for 2014 are the same as were forecast by the Met Office for 2013.

Using observations up to the end of last October, the Met Office estimated the 2013 global average temperature anomaly at between 0.39°C and 0.59°C, with a central estimate of 0.49°C. Using this central estimate, 2013 currently ranks as the ninth warmest year on record, but final figures for the whole year will not be available until March 2014.

The current central estimate of the global temperature for 2013 is within the range forecast by the Met Office last year. 2013 is also in the top ten warmest years and is more likely than not to be warmer than 2012, both of which were predicted in last year’s global average temperature forecast.

This table shows the 10 warmest years globally ranked according to their central estimates. 2013 includes data only from January to October, so it may change. All temperatures from observations have an uncertainty range of ± 0.1°C. The anomaly is in °C above the long-term (1961-1990) average of 14.0°C.

By contrast, the world’s longest instrumental temperature record, which charts English temperatures over the last 350 years, is expected to show that part of southern Britain was colder than recent years in 2013.

The Central England Temperature (CET) dataset has been recording monthly temperatures across the English Midlands since 1659, and daily temperatures since 1772.

The website Not a lot of people know that says the data show that 2013 “was the second coldest since 1996, second only to 2010, one of the coldest years of the last century”. The site describes its role as being based on the realisation that “we cannot always rely on what the climate establishment tell us”.