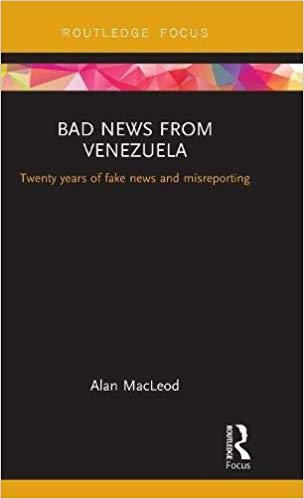 For almost 20 years, the US government has been trying to overthrow Venezuela’s government, and establishment media outlets (state, corporate and some nonprofit) throughout the Americas and Europe have been bending over backwards to help the US do it.

Rare exceptions to this over the last two decades would be found in the state media in some countries that are not hostile to Venezuela, like the ALBA block. Small independent outlets like VenezuelAnalysis.com also offered alternatives. In the US and UK establishment media, you are way more likely to see a defense of Saudi Arabia’s dictatorship than of Venezuela’s democratically elected government. Any defense of Venezuela’s government will provoke vilification and ridicule, so both Alan MacLeod and his publisher (Routledge) deserve very high praise for producing the book  Bad News From Venezuela: Twenty Years of Fake News and Misreporting. It took real political courage. (Disclosure: MacLeod is a contributor to FAIR.org, as am I.)

MacLeod’s approach was to assess 501 articles (news reports and opinion pieces) about Venezuela that appeared in the US and UK newspapers during key periods since Hugo Chávez was first elected Venezuelan president in 1998. Chávez died in March 2013, and his vice president, Nicolas Maduro, was elected president a month later. Maduro was just re-elected to a second six-year term on May 20. The periods of peak interest in Venezuela that MacLeod examined involved the first election of Chávez in 1998, the US-backed military coup that briefly ousted Chávez in April of 2002, the death of Chávez in 2013 and the violent opposition protests in 2014.

MacLeod notes that US government funding to the Venezuelan opposition spiked just before the 2002 coup, and then increased again afterwards. What would happen to a foreign government that conceded (as the US State Department’s Office of the Inspector General did regarding Venezuela) that it funded and trained groups involved with violently ousting the US government?

As somebody who regularly reads Venezuelan newspapers and watches its news and political programs, I thought the most powerful evidence MacLeod provided of Western media dishonesty was a chart showing how Venezuela’s media system has been depicted from 1998–2014. Of the 166 articles in MacLeod’s sample that described the state of Venezuela’s media, he classified 100 percent of them as spreading a “caged” characterization: the outlandish story that the Chávez and Maduro governments dominate the media, or have otherwise used coercion to practically silence aggressive criticism.

There is a bit of subjectivity involved in classifying articles in a sample like MacLeod’s. From my own very close reading of the US and UK’s Venezuela coverage over the years, I’m sure one could quibble that a few articles within MacLeod’s sample contradict the “caged” story; perhaps reducing the percentage to 95 percent, but that would hardly assail his conclusion. It is truly stunning that Western journalists can’t be relied on to accurately report the content of Venezuelan newspapers and TV. How hard is it to watch TV and read newspapers, and notice that the government is being constantly blasted by its opponents? No background in economics or any type of esoterica is required to do that much—simply a lack of extreme partisanship and a minimal level of honesty.

MacLeod acknowledges that the Carter Center has refuted a few big lies about the Venezuelan government, including the one about government critics being shut out of Venezuela’s media, but he also reminds us that a week after the perpetrators of the 2002 coup thanked Venezuela’s private media for their help installing a dictatorship, Jennifer McCoy (America director for the Carter Center at the time) wrote an op-ed for the New York Times (4/18/02) in which she said that the “Chávez regime” had been “threatening the country’s democratic system of checks and balances and freedom of expression of its citizens.” Venezuelan democracy deserved much better “allies.” The Carter Center may have sparkled at times compared to the rest of the US establishment, but it’s a very filthy establishment.

Drawing from the work of Ed Herman and Noam Chomsky, MacLeod provides a structural analysis of why coverage of Venezuela has been so terrible. Corporate journalists, with rare exceptions, reflexively dismiss common-sense analysis of their industry. Chomsky and Herman therefore resorted to proving various common-sense propositions, identifying “filters” that distort news coverage in ways that serve the rich and powerful. For example, it matters who pays the bills. (In other news, water is wet.) Corporate-owned, ad-dependent media will tend to serve the agenda of wealthy owners and corporate customers who provide the bulk of the ad dollars. Such media will usually hire and promote people whose worldview is compatible with the arrangement. That greatly reduces the need for heavy-handed bullying to enforce an editorial line.

Business pressures also drive media outlets to cuts costs, and therefore rely on governments and big corporate outfits as cheap and readily available sources. Losing “access” by alienating powerful sources therefore becomes expensive, even before you consider other forms of flak that powerful people can apply. 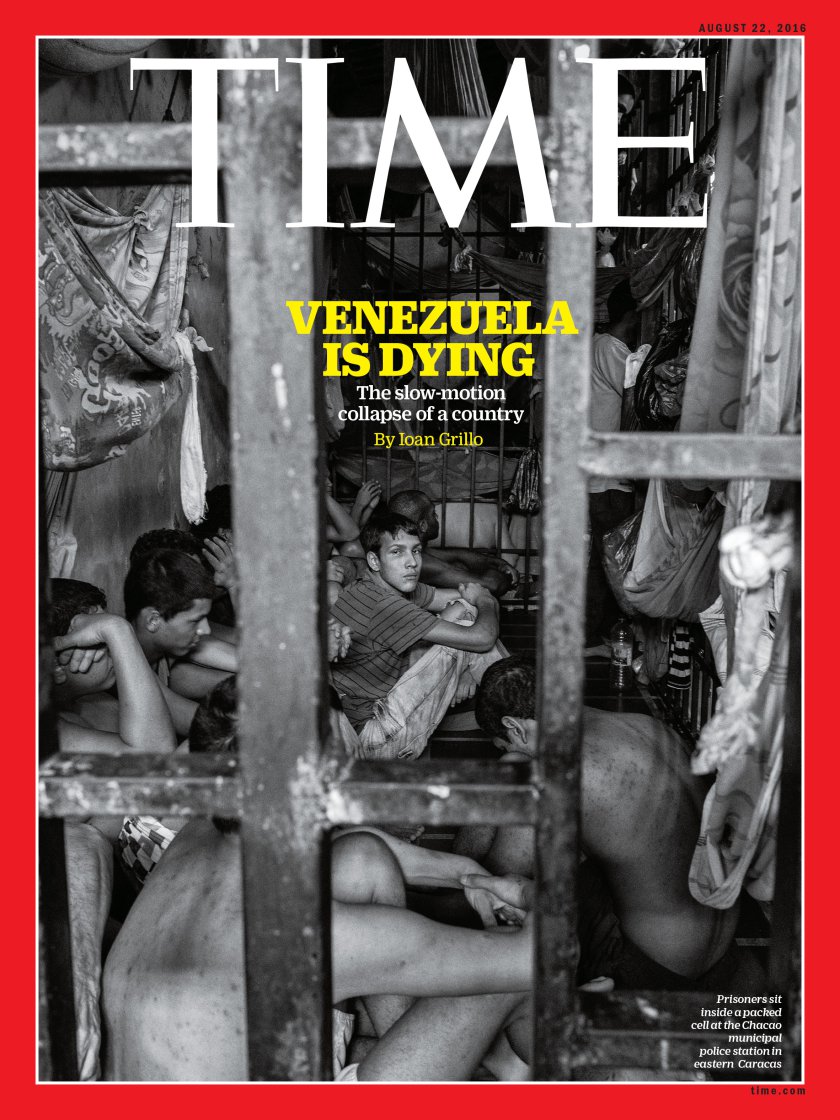 Beyond the general “filters” that Chomsky and Herman identified, MacLeod described others that are specific to Venezuela.  MacLeod pointed to

He also explained that

journalists are overwhelmingly housed in the wealthy Chacao district of Eastern Caracas…. This, combined with concerns over crime, creates a situation where journalists inordinately spend their work and leisure time in an opposition bastion. Hence, it can appear to a journalist that “everyone” has a negative opinion about the government.

I wish MacLeod had more forcefully stressed another factor explaining why Venezuela reporting is so bad: impunity. A structural analysis explains why biased coverage results even if journalists are usually honest, but being able to say anything you want about an adversary without having to worry about being refuted (and discredited) encourages dishonesty. Media bias in Venezuela’s case could more appropriately be called media corruption.

In 2015, one of MacLeod’s interviewees, the former Caracas-based journalist Girish Gupta, wrote (Reuters, 8/5/15) that 1.5 million Venezuelans had left the country since Hugo Chávez first took office in 1999, according to “Caracas-based sociologist Tomás Páez, who has published papers and books on migration.” According to UN population figures, about 320,000 had left over that period: about one fifth the number Páez estimated.

Paez is a fiercely anti-Chavista academic who signed a letter published in a Venezuelan newspaper (as a quarter-page ad) that welcomed the dictatorship that briefly replaced Chávez during the 2002 coup. Gupta’s response to my emails explaining why Páez’s figure was very far-fetched, and that he should not be presented as a neutral expert, was that he would no longer read my emails. Páez has since been cited as a neutral expert on migration by Reuters, the New York Times and Financial Times.

MacLeod notes that the Venezuelan government has become practically inaccessible as a source for corporate journalists, but the same is often true for independent journalists in Venezuela, and grassroots supporters of the government. I’ve personally tried to get some of them to meet a Caracas-based corporate journalist whose integrity I trusted, but they declined. The assumption was that even if the journalist didn’t set out to write a dishonest hit piece, the editors would make it one (or simply kill the piece)—an assumption that I can’t blame them for making.

While MacLeod could have been even harsher, his book makes a concise and well-argued case against media corruption that has succeeded in hanging the “dictatorship” label on Venezuela—and therefore allowed the country to be targeted for US-led economic strangulation, and even military threats by the Trump administration. Trump Is Making a Dangerous Profession Even Deadlier