The 2023 allocation is more than the combined military budgets of China, India, Russia, and the United Kingdom. 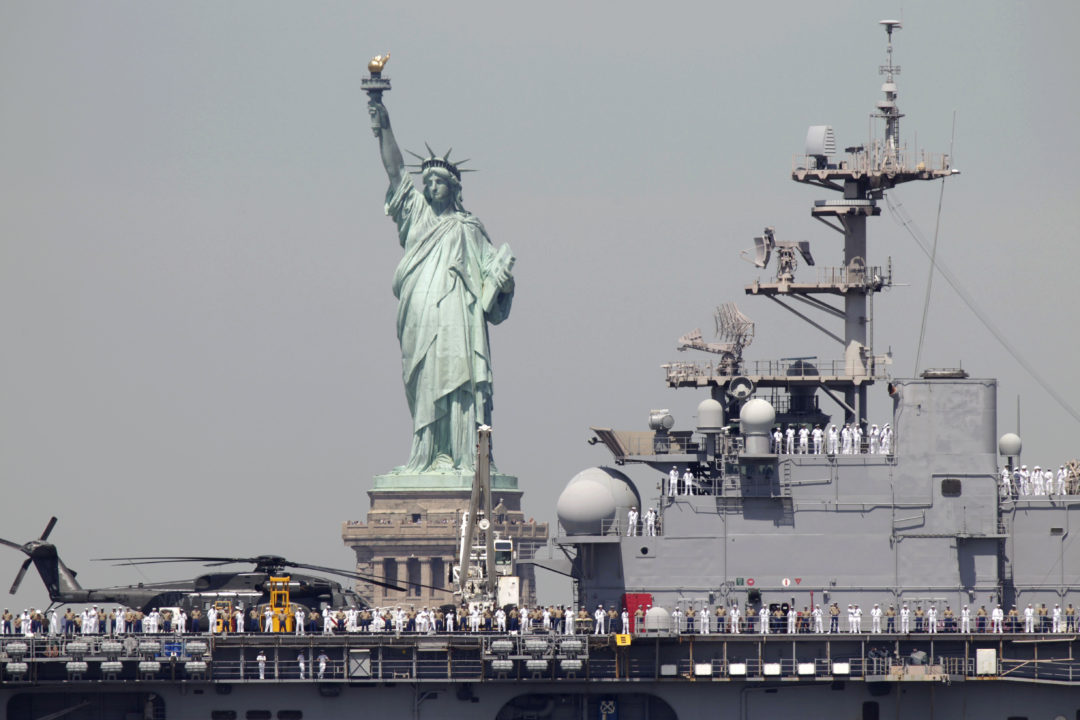 Peace advocates on Thursday slammed the House of Representatives’ passage of a mammoth $858 billion military spending bill as an early holiday gift for the Pentagon and the weapons corporations who benefit from the United States’ ongoing—but largely forgotten—War on Terror. House lawmakers voted 350-80 in favor of the 2023 National Defense Authorization Act (NDAA), with 45 Democrats and 35 Republicans voting “no.”

The new NDAA authorizes an $80 billion military spending increase over the 2022 bill, and $118 billion more than when President Joe Biden took office in 2021. The 2023 allocation is more than the combined military budgets of China, India, the United Kingdom, Russia, France, Germany, Saudi Arabia, Japan, and South Korea, according to the National Priorities Project at the Institute for Policy Studies (IPS). It’s also more than the annual gross domestic product of countries including Saudi Arabia, Sweden, Switzerland, and Turkey, based on United Nations figures.

The $858 billion figure does not include additional spending on the U.S. nuclear arsenal, contributions to Ukraine’s defense, or veterans’ benefits.

“While working families are being crushed by inflation, we shouldn’t be spending $45 billion MORE than the president requested in the NDAA,” tweeted Rep. Mondaire Jones (D-N.Y.), who opposed the bill. “Certainly not on top of an already bloated $800+ billion Pentagon budget full of lobbyist giveaways. I voted NO.”

Rep. Jerry Nadler (D-N.Y.), another “no” vote, said he could not support a bill whose “topline remains billions of dollars above the president’s request, adding to an already bloated Pentagon budget.”

Calling the bill an “absolute disgrace,” the consumer advocacy group Public Citizen tweeted that “increasing the budget for inflation is a lousy excuse. The minimum wage has been $7.25 for over a decade. Why is there always money for the military-industrial complex, but a livable wage is somehow ‘too expensive’?”

“There is no justification to throw… $858 billion at the Pentagon when we’re told we can’t afford child tax credit expansion, universal paid leave, or other basic human necessities,” the group added. “End of story.”

“Bring our war dollars home,” Harrison added, noting that the fight for the bill is not over. “We don’t need more weapons and more war. We need international respect and cooperation. We urge senators to vote ‘no’ on this disgraceful misappropriation of taxpayers’ money.”

MPA further noted that “the Pentagon recently failed its fifth consecutive annual audit, yet House members were quick to shower the unaccountable agency with taxpayers’ money,” and that “2.9 million children in the United States were lifted out of poverty in 2021 by the child tax credit, but that program expired after a year, and now our elected officials have decided to spend an equivalent amount on increasing the war budget.”

Anti-war activists call on people to contact their senators and urge them to vote “no” on the NDAA—even while acknowledging that the mammoth package is all but sure to pass in the upper chamber.

Writing for the Qunicy Institute for Responsible Statecraft, National Taxpayers Union director of federal policy Andrew Lautz said that “Congress is rushing to pass the NDAA over the next week or two, before they go home for the holidays.”

“Lawmakers will all but certainly pass a massive increase to the defense budget approved by members of both parties in both chambers of the legislature—at least $80 billion in total above 2022 levels, and that doesn’t include tens of billions of dollars the Pentagon has received to combat Russia’s invasion of Ukraine,” he said.