Why U.S. Threats to U.N. Over Jerusalem Are Empty 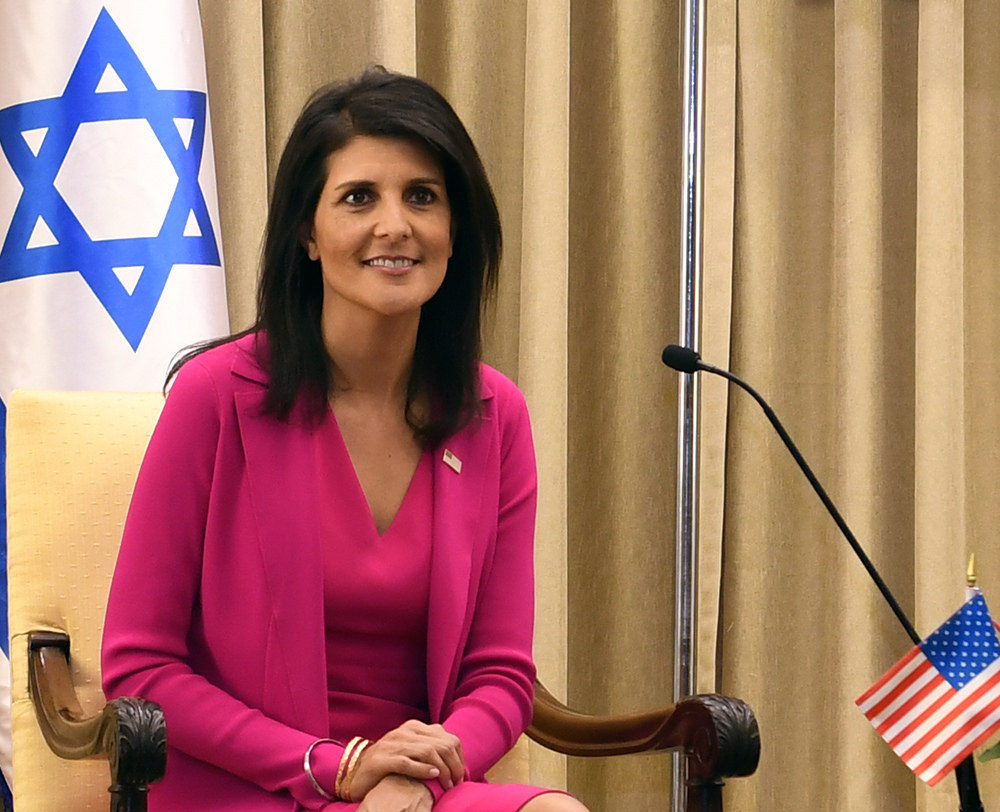 The thuggish Trump and his gun moll Nikki Haley have threatened member countries of the UN General Assembly with a cut-off of US foreign aid if they vote against the US on Trump’s decision to recognize Jerusalem as the capital of Israel.

Haley, who apparently breaks people’s legs in her spare time for not paying their vig, had tweeted that “the US will be taking names” of the countries that vote against the Trump decision at the UNGA.

The right wing in the United States has long spread around the false story that the US government gives away enormous amounts of money to other countries. Opinion polls show that many Americans think it is as much as 25% of the $4.094 trillion budget, which would be a trillion dollars in aid. That is hilariously absurd. The actual US foreign aid budget is $41.9 billion, about one percent of the Federal budget.

Having retailed a ridiculous narrative for decades, the GOP has now been caught in its own trap, making threats on the basis of facts not in evidence.

1. So the first thing to say about Trump’s threat is that almost nobody really needs US aid, because Washington gives out so little.

In fact, Germany has a fourth the population of the US, and the UK has a fifth, and each gives out almost $20 bn. in aid, so that those two countries actually account for nearly as much aid as the whole US.

2. Another key point here is that a lot of US so-called aid is just corporate welfare for Boeing and Lockheed Martin. Most of the money the US gives to Egypt is in the form of weapons. The Egyptian government has more military helicopters than it knows what to do with, and they’re just stacked in warehouses. So the money actually went to US arms manufacturers, and Egypt gets a fairly useless shiny military toy.

4. The US does not give this aid selflessly or for its own health. It is a form of influence peddling. The $1.2 bn the US gives to Egypt is intended to make sure its officers don’t fire.

The fairly useless aid to Egypt is a bribe to continue with the “peace process” with Israel. If you take it away, we may finally get to see what an independent Egyptian government policy would look like. So punishing Egypt for its UNGA vote would likely simply diminish US standing at the UN and with the countries it woos by charity.

5. Money by the US constitution is controlled by Congress. Trump may want to punish some countries, but Congress may disagree.

So to recap: The US doesn’t give out much aid, and therefore can’t hold it over the heads of many other countries. The aid it does give out is for establishing US influence, and discontinuing it is an opening for China to get US clients instead.

I very much doubt anyone will pay attention to Trump’s threats.

Al Jazeera English: “Trump and the Ethics of Foreign Aid | People and Power”