Bobby Joe Maxwell, shown here in a 1979 photo, was sentenced to life in prison without the possibility of parole in a series of attacks on homeless men by a killer dubbed "the Skid Row Stabber." (Reed Saxon / AP)

For most prison inmates, news that charges against them have been dismissed is cause for celebration.

Not so for Bobby Joe Maxwell.

Last week, a Superior Court judge in Los Angeles dismissed Maxwell’s case. The trouble is, after spending nearly 40 years in custody for two counts of first-degree murder, Maxwell can’t appreciate his good fortune. In December, he suffered a massive heart attack and has been in a coma ever since. He is not expected to recover.

Maxwell’s prosecution is a story of justice delayed and justice denied, compounded by egregious official misconduct.

Now 68 years old, he was arrested in 1979 and charged with stabbing 10 homeless men to death in downtown Los Angeles. The local media at the time hyped him as a satanic serial killer, the “Skid Row Stabber.”

In all likelihood, he was neither, as I explained in a 2011 Truthdig column that profiled Maxwell and his appellate attorney, Verna Wefald of Pasadena. (Disclosure: Wefald is a friend and a former colleague from the California state public defender’s office, where we worked together in the early 1990s.)

Maxwell’s trial was delayed until 1984 by legal motions, including an unusual dispute over the publicity rights to his life story that his lawyers had acquired as part of their retainer agreement. The dispute made it all the way to the California Supreme Court, which ultimately validated the agreement.

When the trial finally commenced, it lasted nine months and quickly became the stuff of L.A. noir, with daily news coverage of its every grisly twist and turn.

Back then, Los Angeles was a metropolis in fear, gripped by an unprecedented surge in the rate of violent crime. Centered in the poorest neighborhoods, the surge was fueled by an epidemic of crack cocaine use and trafficking, decades of neglect of the area’s slums and the rise of such criminal gangs as the Bloods, the Crips and the Mexican mafia, among others. Even outside the inner-city war zones, people were on edge and looking to law enforcement for relief.

The Los Angeles Police Department originally arrested two other suspects for the 10 stabbings, but it eventually targeted Maxwell, who had moved to the city in 1977 from Tennessee with hopes of becoming a karate instructor. The martial arts career of the functionally illiterate Maxwell never got off the ground and, like the 10 victims, he fell into homelessness himself. For the prosecution and the public at large, he was an easy villain, straight out of Hollywood central casting.

Just a year before Maxwell went on trial, the district attorney had secured a high-profile conviction in the Hillside Strangler case. The DA, on a roll, was determined to take another courtroom scalp.

In the end, the jury returned guilty verdicts on two of the 10 counts (it acquitted on five, and deadlocked on the other three). The jury subsequently voted to spare Maxwell the death penalty, and he was sentenced to life in prison without the possibility of parole.

From the outset, however, the case against Maxwell was extraordinarily weak. As the 9th U.S. Circuit Court of Appeals noted in a 2010 ruling that ordered Maxwell to be released or retried, the prosecution’s evidence was “nearly all circumstantial.”

Prosecutors claimed that a knife Maxwell possessed was “consistent” with the instrument used to stab one victim. They also introduced as evidence a palm print Maxwell left on a bench near the scene of another stabbing. The wife of one of the victims testified that a disposable lighter found in Maxwell’s pocket at the time of his arrest was similar to one owned by her spouse, but she was unable to pick out the lighter from an array shown to her before the trial. Still another witness testified in court that he recognized Maxwell’s voice from one crime scene, but he was unable to pick Maxwell out of a pretrial lineup in which Maxwell spoke.

Lacking proof of guilt, the prosecution resorted to one of the dirtiest tricks in the trade, turning to a notorious jailhouse informant named Sidney Storch to salvage its case.

A transplanted New Yorker, Storch was a heroin addict with a long and public history of dishonesty, starting with his discharge from the Army in 1964 for being a habitual liar. According to the 9th Circuit, he was also “a criminal recidivist, with four felonies and approximately 13 arrests under his belt.”

Storch’s crime of choice was forgery. In 1981 and 1982, he had supplied information to the LAPD about forgery rings in exchange for leniency in his own cases. By the time he took the witness stand in Maxwell’s trial, he had perfected the snitching technique of “booking” other defendants by gaining proximity to them in jail, getting information about them from newspaper articles and then falsely claiming that they had confessed their guilt to him.

That’s exactly what he did in Maxwell’s case.

In 1983, Storch was arrested by the LAPD for, among other crimes, impersonating a Central Intelligence Agency officer. He was also in possession of a false California driver’s license, forged checks and stolen credit cards.

After his apprehension, Storch was placed in a cell with Maxwell at the Los Angeles County jail. Exactly how long Storch and Maxwell were housed together was never exactly clear—the prosecution claimed the two shared a cell for three weeks, while the defense insisted they were together for a mere four hours. Whatever the length of time, Storch testified that Maxwell had admitted responsibility for the murders.

Unbeknownst to the defense at the time, however, the DA had worked out a secret deal with Storch. In return for his testimony, the prosecution agreed to shorten Storch’s potential prison sentence to 16 months, a fraction of the total time he faced behind bars. The prosecution also withheld from the defense Storch’s extensive record as a government informant.

The wheels of justice grind slowly, assuming they grind at all.

In 1992, Storch died of AIDS in a New York City jail, forever precluding the possibility that he might recant his testimony. Nonetheless, Wefald, who continued to represent Maxwell as a sole practitioner after leaving the public defender’s office, plugged away, filing habeas corpus petitions in state and federal courts, maintaining to all who would listen that her client wasn’t the Skid Row Stabber.

“I remember when my supervisor at the state public defender’s office first gave me this case and said [Maxwell is] supposed to be innocent,” Wefald recounted in an email exchange. “I replied, ‘You mean they got the wrong man?’ ” Looking back, she added, “A case like this comes across your desk only once in a lifetime, but never did I imagine that it would be 30 years of fighting.”

Although it took decades for Maxwell’s appeal to reach the 9th Circuit, when it finally did, a panel of three judges unanimously agreed with Wefald that “Storch’s testimony was the centerpiece of the prosecution’s case.” The panel concluded that not only had Storch testified falsely, but that the DA had violated Maxwell’s due process rights by concealing the details of Storch’s plea agreement and history as an informant. The prosecution was directed to release Maxwell or retry him.

Astonishingly, it chose the latter course. After unsuccessfully petitioning the United States Supreme Court to overturn the circuit’s ruling, the prosecution refiled five murder charges against Maxwell in 2013 for the two counts on which he was originally convicted and the three on which the original jury had deadlocked.

Until Maxwell’s heart attack, the DA was set to put on another marathon dog and pony show, even without its deceased star witness. Rather than concede that the case against Maxwell was a miscarriage of justice from its inception, the deputy DA assigned to retry Maxwell told The Washington Post that the judge’s decision to drop the charges was a “compassionate release,” and that his office stood ready to reinstate the charges if Maxwell ever recovered his health.

“I learned a lot from all the investigation I did,” Wefald told me. “No one believed me when I said Maxwell was innocent, and now there are innocence projects all over the country.”

According to the National Registry of Exonerations—a nonprofit research project based at the University of California, Irvine and the law schools at the University of Michigan and Michigan State University—2,257 criminal defendants convicted of crimes ranging from felony drug offenses to murder have been exonerated in the United States since 1989.

Even if the DA won’t admit it, Bobby Joe Maxwell should raise the total to 2,258. It’s a shame—and yet another indictment of our deeply flawed legal system—that he’ll never get to savor the taste of vindication. 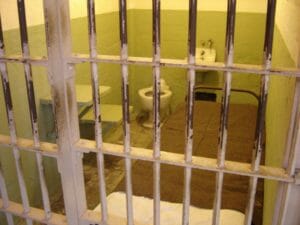