The Best Truthdig Book Reviews of 2019 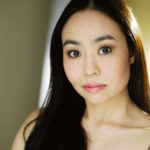 The Trickster King and the Erudite Literalist By ALLEN BARRA When the Voiceless Speak By ALEXIS CAMINS

Filipino American author Alex Tizon spent his life raising up the lives of those rendered invisible by society. Written after the 45th president was inaugurated, Terrance Hayes’ sonnets have an urgency that will leave readers’ heads spinning. The Future of Meat By CARYN HARTGLASS

As people become aware of the effects of eating animals on climate change and human health, a new book asks whether we will see an end to it. A new anthology shines light on differently abled artists, including Sandie Yi, born with two digits on each hand and foot, whose art forces viewers to reconsider beauty. Country, Smoothed Over By TIM RILEY Who Is Ayn Rand? By LOUISE RUBACKY

A new book argues weakly for the influence of Ayn Rand on our culture—after all, the dominant classes in America were greedy and selfish from the get-go. A new book examines how corporate capitalism, through fossil fuel-based technology, has led the world to the point of destruction. In a time rife with anti-immigrant invective, Truthdig reviews a book that explores a historic episode involving missionaries and migrant Chinese women.