Tanzanian Man Tortured by the CIA Can’t Escape ‘The Darkness’ Suleiman Abdullah Salim is one of 39 men subjected to some of the CIA’s most brutal techniques during America’s post-9/11 war on terror. Salim described his incarceration in grisly detail in a series of interviews with James Risen, a reporter at The New York Times.

While driving his employer in March 2003, Salim was pulled off the streets of the Somali capital of Mogadishu by three gunmen. He was released eight years ago with no charges and no explanation. Risen wrote:

He was flown to Afghanistan, not Egypt as he guessed from what his captor said, and taken to the pitch-black, stinking and cavernous building that Mr. Salim calls The Darkness.

Music blasted nearly 24 hours a day while he was chained in solitary confinement so dark that he could not see the shackles on his arms or the walls of his cell. He said he could no longer listen to any of the songs that were on the prison playlist.

The Americans routinely hauled him from his cell to a room where, he said, they hanged him from chains, once for two days. They wrapped a collar around his neck and pulled it to slam him against a wall, he said. And they shaved his head, laid him on a plastic tarp and poured gallons of ice water on him, inducing a feeling of drowning.

“A guy says to me, ‘Here the rain doesn’t finish,’” Mr. Salim recalled. Several men wrapped him in the tarp and kicked him “many times, many times,” he added. At one point, a cast that a prison doctor had put on his hand — a finger had been broken by the Somali gunmen — became waterlogged. The doctor cut it off, and the water dousing continued.

Mr. Salim described other grisly practices by his jailers: placing him in a coffin-like box, his arms stretched and chained, on top of cleaning chemicals; strapping him to a gurney and injecting him with drugs that made him woozy; bringing dogs into a room to threaten him.

The 2014 Senate Intelligence Committee report noted that Mr. Salim was one of at least six detainees in 2003 who were “stripped and shackled nude, placed in the standing position for sleep deprivation, or subjected to other C.I.A. enhanced interrogation techniques.” The report said officials at C.I.A. headquarters had approved the use of some of the harsh tactics against Mr. Salim, but rejected interrogators’ requests for water dousing.

Now 45 years old, Salim struggles to move on, Risen continues. He suffers from depression and post-traumatic stress and is withdrawn and wary. He cannot discuss his experiences with his wife, who worries that Americans will come back to take him. He fears drawing too much attention to himself at home in Stone Town in Zanzibar, Tanzania. He is concerned that neighbors will think he is an American spy. 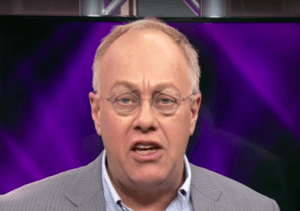