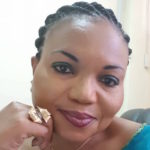 Despite a growing population, a rising middle class and increasing internet and mobile phone use, Africa is one of the world’s least convenient locations for e-commerce. A host of logistic nightmares include still-low internet penetration, a poor road system that hinders deliveries to consumers, and a population that largely does not have bank accounts and therefore has difficulty making online purchases.

So who would be crazy enough to launch an e-commerce business under such conditions? Two Harvard Business School classmates were that crazy, and their daring has paid dividends. In 2012, Nigerian Tunde Kehinde and Ghanaian Raphael Kofi Afaedor started Jumia Technologies in a garage in Lagos, the commercial capital of Nigeria, and last month the e-commerce company became the first African tech startup to be listed on the New York Stock Exchange. The event is being hailed as a major development for Africa and African commerce.

Although some detractors question the company’s “African-ness” by pointing to its global funding sources, Jumia was purely an African dream. “How often in your lifetime [do] you get to build something that doesn’t exist in your own country?” Kehinde said in a 2015 interview. “We are building the Amazon of Nigeria and in a country that has not had organized retail [during] 50 years of independence.”

“We’ve done two things,” he said. “One is we’ve raised money from very smart investors who can get us access to top-notch talents. We’ve raised money from Rocket Internet, from J.P. Morgan, from Summit Partners, really blue-chip investors. And with them, they don’t only give you money, they also give you contacts. And the second thing we’ve done is we’ve gone around the world to find Nigerians who want to come home. We’ve gone to recruit at Harvard Business School, at MIT, at Oxford, at London Business School. Also locally at GT Bank, at Samsung, at Nokia and also across all the best universities in (Nigeria).”

Within a year, Jumia had 450 employees and a physical presence in six states in sprawling Nigeria, and it had delivered over 50,000 products throughout the country’s 36 states.

By the time Kehinde and Afaedor departed from the company in 2015, they had built the startup into a top Nigerian online retailer, with over $50 million in investments from foreign venture capital.

Amid Jumia’s growing prospects, last month the company announced its listing on the New York Stock Exchange, with shares initially set to begin trading at $14.50 under the ticker symbol JMIA. The listing signaled a breakthrough for African business.

The stock price surged more 75% on the first day of trading, and on May 1 it was at $46.99. On May 9, there was a dramatic, negative development: A company that focuses on short selling—a practice in which investors or speculators make money if a stock drops in price—charged that Jumia was based on “obvious fraud.” The accusation sent the price down sharply, and as of May 28 it was slightly over $23. Jumia has denied the accusation. An analysis by Citigroup Global Markets, an investment bank for Jumia, while finding that some of the specific charges from Citron Research “would seem to merit a response from [Jumia],” said that “none [of the allegations] appear to merit Citron’s description of a ‘smoking gun.’ ”

Before the initial public offering (IPO), Mastercard Europe pre-purchased $50 million in Jumia shares, according to Securities and Exchange Commission documents. The IPO was underwritten by some of Wall Street’s best-known banks, including Morgan Stanley and Citigroup.

“We are very excited about Africa because what we saw here today was amazing,” Alex Ibrahim, head of international capital markets at the NYSE, told the News Agency of Nigeria on the spectacular first day of trading. “This company priced extremely well, traded up largest volumes. So, that showed the interests by investors, not only very large institutions but even the retails here in the U.S. … I’m assuming that investors will continue to look into Jumia because they [Jumia] provide the vehicle to tap into the region that is growing.”

Its offerings include Jumia Travel, a hotel-booking platform; Jumia Food, a food-delivery platform; Jumia Deals, for classifieds; Jumia Flights, for travel bookings; Jumia One, a bill-paying app; Jumia Pay, a secure payment method for people who use Jumia services; and a lending program that allows its vendors to access business loans.

According to company data, Jumia processed more than 13 million packages in 2018, in part because it adapted its payment methods to the needs of African consumers. According to the World Bank, 65% of Nigerian adults didn’t have a bank account in 2017—and the percentage was lower in several other African countries—so Jumia allows customers to pay in cash to its delivery people. This also instills confidence among consumers, some of whom are wary of making online payments.

However, the pay-on-delivery practice resulted in a tragic case in 2017. A Jumia deliveryman in Port Harcourt, a city in Nigeria’s oil hub, was murdered while delivering two iPhones. Unable to pay for the items they had ordered, the customers killed him and disposed of his body in a septic tank. In addition, a number of robberies of delivery people have been reported.

And the other logistic challenges, too, are formidable. Although internet penetration is on the rise in Africa, it is still at only 28%, compared with a 50% average in most of the rest of the world. The continent’s road system is poor, almost nonexistent in some places. Only an estimated 28% of the roads are paved, and road density (the concentration of roads serving a given area) is the lowest for any major region worldwide. Although the use of banking services in Africa grew from 24% in 2011 to 34% in 2014, that rate lagged behind an increase of 51% to 62% in the rest of the world during the same period.

As it copes with its problems, Jumia has found acceptance among many thousands of Africans eager to make online purchases. One is Akpere Egwolo, a 23-year-old printer who said in an interview via WhatsApp that he had purchased a smartphone through the company. “I found it on Jumia at a discounted rate. … They delivered on schedule, and I paid the delivery agent via mobile transfer when the product was delivered. It was a nice experience. I got a good product. I have used Jumia about five times and I’ve never had any cause to regret using them.”

Those sentiments are echoed by numerous other customers. Mimi Chioma Bumah, an 18-year-old student at the University of Lagos, told this reporter: “I use Jumia because shopping online is definitely less stressful than going to the market in the hot sun or soaking rain, whatever the season is. Add that to the horrendous traffic on Lagos roads and the chaos of Lagos markets and you definitely need an alternative.” Oluwatosin Michael, a 19-year-old University of Lagos student, is another regular Jumia customer. “They deliver on schedule, and I really like the things I’ve bought from them,” she said in an interview via WhatsApp. “I recommend them to people all the time.”

Of course, not all of Jumia’s customers are happy. Many complain about rudeness among its delivery people and the quality of its products and service.

Despite the financial promise that Jumia is displaying, it remains far from being profitable. The company’s IPO prospectus reports a loss of over $195 million (on revenue of $149 million) in 2018, following a loss of about $187 million (on revenue of about $106 million) in 2017. Jumia indicated that it had accumulated losses of roughly $968 million as of Dec. 31, 2018.

The losses appear not to faze Co-CEO Sacha Poignonnec, who said, “Jumia took the example of Alibaba, which existed for 20 years in China but only became profitable after 10 years. They needed to position themselves as a market leader before their sales could surpass their spending.”

After receiving its listing in April, Jumia faced tough questions from Africans and others about why it ignored stock markets on its home continent in favor of the New York Stock Exchange. “The NYSE is the largest stock exchange in the world. There are lots of big tech players there, including Amazon and Google. And investors are quite familiar with the e-commerce business,” explained Ernest Eguasa, Jumia’s chief financial officer. Speaking to journalists in Lagos, he added that “improved perception of the company” allows us to “acquire new customers, new vendors.” Eguasa said Jumia has not ruled out the possibility of a secondary listing in one of the African countries where it operates.

The NYSE listing was a necessary step for Jumia, according to Ayo Olesin, a Nigerian business journalist and editor of the Sunday Mirror newspaper. “NYSE is the home of tech companies, and Jumia needs to play there,” Olesin said in an email.

Ade Ogidan, editor-in-chief of Independent Newspapers in Nigeria, points out the impact of Jumia’s listing on other African companies. “Jumia has blazed the trail with the NYSE listing, which should positively prompt other start-ups to initiate business models that could promote growth and overall interest [in] Africa’s fledging e-commerce industry,” Ogidan said in an email.

Some of the critics who question whether Jumia really is an “African startup” point out that, in addition to having its IPO on the NYSE, the company is incorporated in Germany, is headquartered in Dubai and bases its central technology team in Portugal. In response, Jumia executives said that the company operates exclusively in Africa, is legally registered in Africa and employs thousands of Africans.

The issue was addressed by Iyin Aboyeji, a Nigerian entrepreneur and co-founder of Andela, a software company, in an article on the website Future Africa: “Jumia doesn’t stop being an African company because it has a dab of foreign capital and management. Making iPhones in China doesn’t make Apple a Chinese company, taking money from the SoftBank Vision Fund doesn’t make Uber a Japanese or Saudi Arabian company. Alibaba didn’t magically become a U.S. company because Goldman Sachs invested and then listed it on the same New York Stock Exchange Jumia listed on.”

As the debate—and controversy—about Jumia continues, the corporate leadership sees a glowing future for both the company and Africa, especially given the new NYSE listing. Jumia Nigeria’s CEO, Juliet Anammah, said the company is heavily concerned with developing Africa, bettering African lives and creating opportunities in the global business scene. In an interview with the Nigerian newspaper The Sun, Anammah said: “The NYSE listing shows that innovation is happening in the African continent. It shows an innovative, dynamic and modern Africa.”