Kushner Tenants Say They Were Ousted for Luxury Condo Buyers

Tenants say it started early in the morning and went on until nightfall, so loud that it drowned out normal conversation, so violent it rattled pictures off the walls. So much dust wafted through ducts and under doorways that it coated beds and clothes in closets. Rats crawled through holes in the walls. Workers with passkeys barged in unannounced. Residents who begged for relief got a standard reply, “We have permits.”

More than a dozen current and former residents of the building told The Associated Press that they believe the Kushner Cos.’ relentless construction, along with rent hikes of $500 a month or more, was part of a campaign to push tenants out of rent-stabilized apartments and bring high-paying condo buyers in.

If so, it was a remarkably successful campaign. An AP investigation found that over the past three years, more than 250 rent-stabilized apartments — 75 percent of the building — were either emptied or sold as the Kushner Cos. was converting the building to luxury condos. Those sales so far have totaled more than $155 million, an average of $1.2 million per apartment.

“They won, they succeeded,” says Barth Bazyluk, who left apartment C606 with his wife and baby daughter in December. “You have to be ignorant or dumb to think this wasn’t deliberate.”

This up-close look at one of the Kushner Cos.’ largest residential buildings in New York illustrates what critics describe as the firm’s sharp-elbowed business practices while it was run by President Donald Trump’s son-in-law and eventual White House adviser Jared Kushner.

The Kushner Cos. told the AP that it didn’t harass any tenants to get them out. But the data suggest turnover at the building known as the Austin Nichols House was significantly higher than city averages for coveted rent-stabilized buildings, leaving behind a trail of anger, disrupted lives and a lawsuit to be filed Monday in which tenants say they were harassed and exposed to high levels of cancer-causing dust.

“We’ve looked into hundreds of rent-stabilized buildings and this is one of the worst we’ve ever seen,” says Aaron Carr, head of tenant watchdog Housing Rights Initiative, whose investigation led to the pending lawsuit. “The scale and speed of tenants leaving, the conditions to which they were exposed, provides a window into the Kushner Cos.’ predatory business model.”

In a statement, the Kushner Cos. acknowledged it received some complaints about construction during major renovations, which ended in December 2017, but said that it responded to them immediately and that “tremendous care was taken to prevent dust and inconvenience to tenants.”

It said many tenants moved out when their rent was increased to the maximum allowed under rent-stabilization rules.

Those rules limit the amount that landlords can hike rent each year to protect tenants from getting pushed out, though in this building the rents weren’t cheap, with one-bedrooms going for more than $3,000 a month.

Also, the city’s building department says it sent inspectors to the building dozens of times since 2015 and uncovered no evidence that construction rules were being violated, a finding that some residents say doesn’t square with their experiences.

The landmarked Austin Nichols House at 184 Kent Avenue, for decades a warehouse for groceries and Wild Turkey bourbon, was gutted by a previous owner in 2010 to create sleek apartments that took advantage of the building’s high ceilings and waterfront views.

When Jared Kushner and two partners bought it for $275 million in April 2015, they made it clear they wanted to convert the building’s 338 apartments — all of them rent-stabilized — into condos. All but nine were occupied, and other than maxing out the rent, developers had few tools if they wanted to get tenants out.

Just months after the purchase, the Kushners began extensive renovations, ripping out appliances, floors and countertops that had been installed five years before.

“There were consistently people in the hallway early, 8 or so, banging on things, taking down walls. There was lots of dust. … They had fans, and they were blowing dust under the doors,” says tech salesman Marcus Carvalho, who left the building in December after six years, deciding the $1,000 or so increase in rent to renew his lease wasn’t worth it. “I didn’t want to spend another minute in that construction zone.”

A few weeks after Carvalho left, the woman in C405 couldn’t take the noise anymore either.

“It’s like having a root canal without the physical pain. … It was drilling from every direction,” says Jane Coxwell, a chef who works late nights and writes at home during the day. “It was impossible to take a call. You could never sit and read a book or get any work done.”

Then came the rats, including one she accosted with a tennis racket as it teetered on a curtain rod in her bathroom. She also had to contend with a flood after workers hit a pipe in the unit above her and with the constant fear workers would burst into her apartment at any moment after two with passkeys tried to do just that, once while she was in her underwear.

Coxwell says she sent dozens of emails to Kushner managers for more than a year asking for help, but got little relief.

One particularly noisy day she finally broke down, walked up to a construction manager and worker standing near her door and found herself forcing the words out through tears.

“I understand you have to work, but I don’t know how to ask anymore,” she pleaded. “Please, please, can you keep it down?”

She says the men just laughed.

The Kushner Cos. refused to confirm the numbers.

At the height of the construction, tenants fought back with three dozen complaints to the city’s 311 hotline about work after hours, banging and pounding, falling debris and rodents.

After people complained about dust, Kushner Cos. put plastic sheeting around doorways, though many say it didn’t help much. And after they complained about workers entering their apartments without permission, the company eventually posted guards in hallways.

Dust samples taken from nine apartments in May by consultants Olmsted Environmental Services turned up dangerously high levels of lead and crystalline silica. Breathing in tiny silica particles has been linked to lung cancer, liver disease and an incurable swelling of the lungs.

A draft of the pending $10 million lawsuit alleges Kushner Cos. and its partners attempted to push tenants out by creating unlivable conditions with construction noise and dust in violation of state and city rules and laws. It also alleges the Kushners, by failing to take proper precautions, exposed residents to a “cloud of toxic smoke and dust.”

The Kushner Cos. disputed the findings of the environmental report, alleging it appeared to be an updated version of a report prepared several years ago. The company didn’t immediately respond when asked for comment about the lawsuit.

Ronan Conroy says he complained to the Kushners several times, walking down to the sales office once to confront management in person.

“Your strategy is to get people out, right?” Conroy recalls asking a staffer at the desk. He says the man basically shrugged, offered no dispute, then said, “We can let you out of your lease.”

“My strong impression is they made the building as unlivable as possible so they could get everyone out of there.” 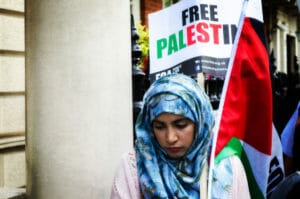 The Saudi Hacking Scandal Is Much Bigger Than Anyone Realizes