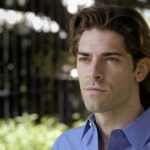 Tehran successfully enriched uranium for the first time on Tuesday, and signaled its intention to expand the program rapidly.

Iran’s president announced Tuesday the country had succeeded in enriching uranium on a small scale for the first time, using 164 centrifuges. The U.N. Security Council has demanded that Iran stop all enrichment activity because of suspicions the program’s aim is to make nuclear weapons. No Deal Yet in Iran Nuclear Talks