In the Time of Trump, All We Have Is Each Other Protesters band together near Trump Tower in New York City in the aftermath of the presidential election. (Mary Altaffer / AP)

This Christmas I mourn the long, slow death of our democracy that led to the political ascendancy of Donald Trump. I fear the euphoria of those who have embraced the atavistic lust for violence and bigotry stoked by him. These nativist forces, part of the continuum of white vigilante violence directed against people of color and radical dissidents throughout American history, are once again being groomed as instruments of mass intimidation and perhaps terror. I know that our civil and political institutions, poisoned by neoliberalism and captured by the corporate state, have neither the will nor the ability to protect us. We are on our own. It won’t be pleasant.

A week ago in New York I spoke with Ellen Schrecker, the country’s foremost historian of McCarthyism and the author of “Many Are the Crimes: McCarthyism in America,” “No Ivory Tower: McCarthyism & The Universities” and “The Lost Soul of Higher Education: Corporatization, the Assault on Academic Freedom, and the End of the American University.”

“What am I seeing?” she asked about the nation’s political and cultural condition. “Am I seeing a replay of the McCarthy era? To a large extent some of the parallels are stunning. You can look at a figure like [Sen. Joseph] McCarthy, who symbolized a much broader repressive movement. I would say Trump plays the same role today for what really is a right-wing reactionary movement that has taken over the American government.”

“There are a number of fairly superficial comparisons we can make,” Schrecker went on. “I think both McCarthy and Trump are somewhat abhorrent characters—perhaps there’s a little sociopath involved there. McCarthy was a genius at working the press. He understood how to get himself on the front pages. He knew the deadlines that specific reporters had. He knew how to feed them stories. I think the parallels there are pretty obvious. Trump is a genius with regard to the media.”

The Wisconsin senator was, as Trump is now, very opportunistic, she said. McCarthy, a Democrat before he became a Republican, “was just a little bit late” in exploiting the Red Scare, Schrecker said, latching on to it in 1950, “by which time the Un-American Activities Committee had been hounding Hollywood.”

Trump and his Christian fascist minions, sooner than most of us expect, will seek to shut down the small spaces left for free expression. Dissent will become difficult and sometimes dangerous. There will be an overt campaign of discrimination and hate crimes directed against a host of internal enemies, including undocumented workers, Muslims, African-Americans and dissidents. The Christian right will be given a license to roll back women’s rights, insert their magical thinking into school curriculums and terrorize Muslims and the GBLT community. The Trump administration will hand our Christian jihadists a platform to champion a repugnant religious chauvinism that fuses the symbols and language of the Christian religion with American capitalism, imperialism and white supremacy.

Repressive measures, I expect, will be implemented swiftly. Speed blinds a captive population to what is happening. Already anemic democratic traditions and institutions, including the legal system, the two major political parties and the press, will crumble under the assault. Trump will use the familiar tools that make possible the authoritarian state: mass incarceration, militarized police, crippling of the judicial system, demonization of opponents real and imagined, and obliteration of privacy and civil liberties, all foolishly promoted by the political elites on behalf of corporate power.

Schrecker said the rise of Trump has been in the making for four decades. Corporations funded and established institutions to close the cultural, social and political openings made in the 1960s, especially in universities, the press, labor and the arts. These corporate forces turned government into a destructive power. America was pillaged and cannibalized for profit. We now live in a deindustrialized wasteland. This scorched-earth assault created fertile ground for a demagogue.

The late Lewis Powell, a general counsel to the U.S. Chamber of Commerce and later a Supreme Court justice, in 1971 wrote an eight-page memo outlining a campaign to counter what the document’s title described as an “Attack on American Free Enterprise System.” The memo established the Business Roundtable, which generated huge monetary resources and political clout to direct government policy and mold public opinion. The Powell report listed methods that corporations could use to silence those in “the college campus, the pulpit, the media, the intellectual and literary journals” who were hostile to corporate interests.

Powell called for the establishment of lavishly funded think tanks and conservative institutes. He proposed that ideological assaults against government regulation and environmental protection be directed at a mass audience. He advocated placing corporate-friendly academics and neoliberal economists in universities and banishing from the public sphere those who challenged unfettered corporate power—especially Ralph Nader, whom Powell cited by name. Organizations were to be formed to monitor and pressure the media to report favorably on issues that furthered corporate interests. Pro-corporate judges were to be placed on the bench.

Academics were to be controlled by pressure from right-wing watch lists, co-opted university administrators and wealthy donors. Under the prolonged assault the universities, like the press, eventually became compliant, banal and monochromatic.

“He spelled out a need for an alternative to academic knowledge,” Schrecker said of Powell. “He felt the academy had been undermined by the left. He wanted to establish an alternative source of expertise. What you’re getting in the 1970s is the development of things like the American Enterprise Institute [in existence since 1938] , The Heritage Foundation, a whole bunch of think tanks on the right who people in the media can go to and get expertise. But it’s politically motivated.”

“It was unbelievably successful,” she said of the campaign. “It’s pretty bad. What we’re seeing today is an assault on knowledge. What came out of this are the culture wars of the late 1980s and 1990s which created a set of stereotypes of professors as deconstructionist, raging feminists who hate men, cross-dressers, and, worse, who are out of touch with reality.” The ideological attack was accompanied by corporate campaigns to defund public schools and universities, along with public broadcasting and the arts. The humanities were eviscerated. Vocational training, including the expansion of the study of finance and economics in universities, replaced disciplines that provided students with cultural and historical literacy, that allowed them to step outside of themselves to feel and express empathy for the other. Students were no longer taught how to think, but what to think. Civic education died. A grotesque kind of illiteracy—one exemplified by Trump—was celebrated. Success became solely about amassing wealth. The cult of the self, the essence of corporatism, became paramount.

Schrecker said that during the McCarthy era most of the Red baiting, blacklisting and censorship emanated from the government, especially J. Edgar Hoover’s Federal Bureau of Investigation. Hoover and McCarthy, along with Richard Nixon and Roy Cohn, left ruined lives and reputations in the wake of their vicious inquisitions. They effectively shut down freedom of speech and freedom of thought. Cohn, who was a prosecutor in the espionage case that sent Julius and Ethel Rosenberg to the electric chair, was later Trump’s lawyer and close friend for 13 years. Cohn was disbarred in 1986, shortly before his death, for what a court called unethical, unprofessional and “particularly reprehensible” conduct.

“There are … many more private entities” involved in today’s anti-democratic campaign, Schrecker said. “It’s a bit of everything. That’s why it’s so dangerous. It’s not just Trump. Trump is clearly about to become very powerful. Nonetheless, there have been these forces, the climate deniers, the oil people, all of them are coming together at this particular point in time.”

We must begin again. Any hope for a restoration of civil society will come from small, local groups and community organizations. They will begin with the mundane tasks of holding back the expansion of charter schools, enforcing environmental regulations, building farmers markets, fighting for the minimum wage, giving sanctuary to undocumented workers, protesting hate crimes and electing people to local offices who will seek to mitigate the excesses of the state.

“We have to reconstitute a civil society,” Schrecker said. “Intermediary institutions like the academy and the media have been hollowed out. Certainly, journalism is on life support. We have to resuscitate organizations and institutions that have atrophied.”

“There is an attack on the American mind,” she said. “A lot of what we’re seeing with Trump is the product of 40 years of dumbing down.”

A crisis is traditionally used by authoritarian and totalitarian regimes to put a country in lockdown. An economic meltdown, a large domestic terrorist attack, widespread devastation from climate change or the orchestrated escalation of hostilities with another country, perhaps Iran or China, will see Trump and his rogue generals, billionaires and conspiracy theorists plunge the United States into dystopia.

War is the usual vehicle that demagogues use to justify internal repression and wield unchallenged power. If the federal government expands our wars to create new enemies, even local resistance will be impermissible. All dissent will be criminalized. Institutions, fearful and weak, will carry out purges of those few who speak out. Most of society, intimidated by a war psychosis, will be compliant to avoid being targeted. Resistance will often be tantamount to suicide.

The late Rev. Daniel Berrigan declared in a 2008 conversation with me that the American empire was in irrevocable decline. He said that in the face of this dissolution we must hold fast to the non-historical values of compassion, simplicity, love and justice. The rise and fall of civilizations, he noted, is part of the cyclical nature of history.

“The tragedy across the globe is that we are pulling down so many others,” he said. “We are not falling gracefully. Many, many people are paying with their lives for this.”

We must not become preoccupied with the short-term effects of resistance. Failure is inevitable for many of us. Tyrants have silenced voices of conscience in the past. They will do so again. We will endure by holding fast to our integrity, by building community and by spawning new institutions in the midst of the wreckage. We will sustain each other. Perhaps enough of us will endure to begin again. 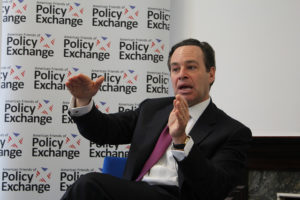 Fascism by Another Name The Empty Piety of the American Press