For $52 billion, Belgian beer giant InBev will gain control of Anheuser-Busch, the mighty producer of Bud Lite and Budweiser, America’s #1- and #2-selling beers, respectively. In one swoop, the Euro brewery secures half the U.S. market.

The combined company will be called Anheuser-Busch InBev, and both companies’ boards of directors have approved the deal unanimously.

The takeover of Anheuser-Busch in St. Louis would be the second-biggest acquisition of a consumer-goods company and ends a month of court fights and public disputes over the future of the 156-year-old maker of Budweiser.

St. Louis would become the headquarters for the North American region and the global home of the flagship Budweiser brand. About 40% of the combined company’s revenue would be generated in the U.S. Anheuser-Busch would become a subsidiary of InBev. Climate Change Could Double the Price of Beer Budweiser Is Renamed ‘America’ for the Election Season 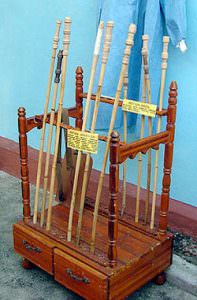 Primordial Brew: Did Alcohol Inspire the Cultivation of Civilization? How Green Is Your Beer?