The recession may now be unofficially over, but the economy still stinks. New figures show the U.S. economy grew at a 3.5 percent annual rate in the third quarter, the first rise in more than a year. But homes are still getting foreclosed and unemployment remains high. — JCL

The United States economy, the world’s largest, unofficially emerged from recession in the third quarter of the year, growing at a better-than-expected annualised pace of 3.5%.

The growth, spurred by rebounding consumer spending and investment in home-building, marked the first positive quarter since the second three months of last year. Economists had expected a figure of around 3.3% after a drop of 0.7% in the second quarter.

The return to growth means the US was in recession for four consecutive quarters, a better performance than Britain, which remains in recession after six quarters in a row of contraction. 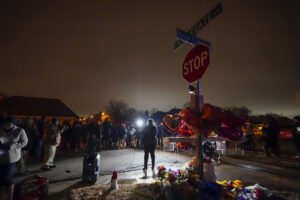