New Yorkers, beware. It seems that former U.S. Rep. Harold Ford Jr., a transplant from Tennessee, has upset people again. Ford, an executive at Merrill Lynch and New York University lecturer who might be seeking to unseat fellow Democrat Kirsten Gillibrand of New York in a race for the U.S. Senate, has made a very bold statement about his identity. In 2006, Ford claimed that despite official government documentation, family records and testimony to the contrary, his grandmother, Vera Ford, was not black. Rather, she was a white woman passing as black.

According to the website The Black Commentator, Ford’s declaration has resurfaced recently and is not only fraudulent but insulting: “There seem to be no limits to the young congressman’s perfidy and stupidity. In the process of depicting his own ancestors as people living a lie, Ford has also insulted the Black public and Black history — not to mention common sense, a quality of which Harold Jr. seems to be totally lacking.”

Even though Ford’s father says that Vera was white, the website begs to differ because other relatives, including Ford’s aunt Barbara, maintain that Vera was black. The larger concern seems to be that if Ford would revise his own identity for political gain, there might be other and more far-reaching issues about which Ford feels he has the right and obligation to control or reframe for expediency, such as his record on issues like abortion or same-sex marriage. Can Ford be trusted?

Ford’s critics, including family members who disagree with his story, argue that he is essentially a race traitor because he is a black man. They also question why it matters that Ford brought focus so heavily upon Vera as a (potentially) white ancestor. But I wonder if his contention is really so far-fetched or artless. When we step back and consider the long history of anxieties regarding miscegenation and the strict policing of borders between black and white, the choices begin to make sense. Mixing between African Americans and other nonwhites has been far less fraught than that between blacks and whites, leaving the black/white paradigm intact and the “one-drop rule” unchallenged. Ford’s grandfather, who is reported to be of African American and Native American ancestry, does not seem to be such a controversial figure. Claiming that his grandmother was passing as black does require Ford to show some moxie and speaks to larger issues of race in the United States — not just interracially, but also intraracially, as pressure to choose sides figures into racial politics as well. In the pre-civil rights era of U.S. history, many people with multiracial ancestry were forced to identify as either white or black, but never (or very rarely) as both white and black.

The validity of Ford’s claim is not the issue, particularly because it’s so difficult to prove. Profiling is a slippery issue, and government documents have been contested. For instance, Susie Guillory Phipps of Louisiana unsuccessfully sued the Louisiana Bureau of Vital Statistics in 1982-1983. Phipps was designated as black on her birth certificate but wanted it to reflect the white status under which she’d lived out her life. It should be noted that Phipps lost her case because: (1) The state’s repeal of the “one-drop rule” was not retroactive; and (2) she could not present “a preponderance of evidence” showing that the birth certificate was wrong.

A related example was reported last year in the Chicago Tribune. Two transsexuals, Kari Rothkopf and Tori Kirk, sued the state of Illinois in order to switch the gender on their birth certificates. They too were unsuccessful, but only because their sex-change surgeries were not performed in the United States.

So, people have been unofficially changing their races, genders and identity labels for decades here in the U.S. Why such a brouhaha about Ford? What’s at stake?

A little political history about the candidate can help answer these questions. Ford experienced some major disadvantages of being black in 2006, when he lost his race for the U.S. Senate in Tennessee to Republican Bob Corker. According to the website BlackAmericaWeb, “The race smacked of racial overtones and Republicans played hardball by making race an issue.” A controversial Republican ad portrayed Ford as many media outlets are now portraying Tiger Woods: as a white-woman-chasing playboy who, it later turned out, could not be trusted. Many Democrats were particularly outraged by one ad playing on historical fear and anger over interracial relationships. Sound familiar?

In our current “ethnically ambiguous” generation, there are advantages for Ford if Vera was a white passing as black. For one, it allows Ford to lay claim to a multiracial identity and adds a layer of mystery to his persona. We can predict that this will be a political asset, as Sen. Harry Reid’s comments about President Barack Obama suggested that multiracial identity makes a candidate of color much more palatable.

In a recent interview with The New York Times, Ford stated that Obama’s election whetted his “appetite to be part of the [political] process in a more meaningful and tangible way.” Passing for black and laying claim to mixed-race identity could also work to quell fears that were stirred up about Ford’s personal life during the 2006 campaign. Finally, making the claim that his grandmother passed as black also presupposes that distinct advantages existed for black people even under Jim and Jane Crow segregation. It’s racial common sense that people who could, would pass as white under these circumstances. But to pass as black? This would be a move that undermined the historic black/white social hierarchy that was the basis for segregation and discrimination, upset the biological foundation of race itself and questioned the notion of calling anyone a “race traitor.” This is powerful stuff indeed.

Though it’s unlikely that “Ann Coulter’s Favorite Democrat” will want to have this conversation, Ford should be aware that upholding his claims to multiracial identity will require some strategic maneuvering. This is because the question of what makes someone black or white — or all or none of the above — is now more complex than ever. No matter how many pundits declare that race and racism are dead politically, we must remember that politicians running for office are all in the persuasion business. And Ford has once again confirmed that race is one of persuasion’s biggest material — and immaterial — dimensions.

Correction: The the outcome of the lawsuit involving Kari Rothkopf and Tori Kirk was successful and resulted in the state of Illinois issuing new birth certificates to all who followed the specified guidelines. American History for Truthdiggers: A Once, Always and Future Empire 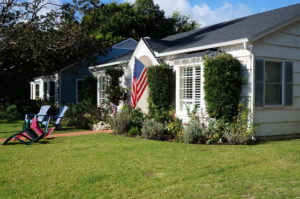