Chilean Students Take to the Streets Young Americans may lie sedate while insatiable corporatists ride roughshod over their futures, but not their South American counterparts. Animated by a growing student debt, young Chileans are opposing the longstanding privatization of their university system with hunger strikes, sit-ins, kiss-ins and playful costumed dances that have drawn crowds of up to 100,000. The protests have helped plunge slow-moving President Sebastian Pinera’s popularity to its lowest level since he assumed office last year.

The protesters are demanding constitutional changes that guarantee free education from preschool through high school and a quality, equal-access state-funded university system. Hundreds have been arrested, and leaders of the movement have refused to accept the government’s watered-down attempts at placation.

The leaders of these demonstrations are clever to hold kiss-ins and flash dances. Crowd control theory and technology became much more sophisticated following events in the 1960s that prompted governments to spend vast amounts to determine how best to control protesters. As Truthdig columnist Chris Hedges has made clear, states will respond to violent dissent with the full force of their new weaponry, which includes tranquilizing chemicals, taser-armed Roomba Corp. robots and, of course, aerial drones. Public demonstrations must be nonviolent; government attacks on peaceful protesters are more likely to be portrayed in the media as official brutality instead of justifiable defense against rock-throwing youths, so easily demonized.

The young Chileans have devised a means of protest that will make it extremely costly to the politicians, policemen, soldiers and other goons intent on harming demonstrators, and all revolutionaries should be aware of these developments. –ARK

About three dozen high school and university students have turned to starving themselves to raise the stakes on the government of President Sebastián Piñera. In the more than two months since education protests began in this country, students have organized rallies drawing up to 100,000 people, taken control of dozens of schools around the country, and forced hundreds more to stop holding classes. Their protests, and the issues driving them, have helped to sink the popularity of the president to its lowest level since he took office last year.

If the Arab Spring has lost its bloom halfway across the world, people here are living what some have come to call a Chilean Winter. Segments of society that had been seen as politically apathetic only a few years ago, particularly the youth, have taken an unusually confrontational stance toward the government and business elite, demanding wholesale changes in education, transportation and energy policy, sometimes violently.

… This year the focus has widened to include demands for a more affordable and accessible university system. General Pinochet decreed a system in 1981 that encouraged the development of private, for-profit universities, which has led to high levels of student debt. 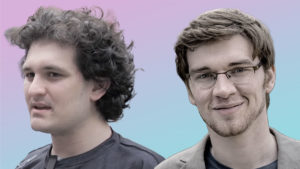