Laura Linney’s Daisy Suckley is introduced rather casually to Franklin D. Roosevelt’s Hyde Park home up the Hudson River. She is, to be sure, a distant cousin of the president, but mostly she is a pretty girl, and Roosevelt (wonderfully played by Bill Murray) can’t have too many of those around. They bond over his stamp collection, and begin taking long drives through the countryside, rich in lighthearted conversation. Soon enough they are lovers and Linney, who is also very good in the picture, matches FDR’s charm and ease to perfection. It has been years since I’ve seen a more delightfully played love story on the screen. The performances would be reason enough to see “Hyde Park on Hudson.”

But what makes Roger Michell’s expertly directed film a good deal more than delightful is its lightly touched seriousness of purpose. The year is (mostly) 1939 and FDR is heavily burdened. He is, of course, weighed down with the aftereffects of polio. And he is aware that World War II is inevitable (it would, indeed, begin in Europe, just a couple of months after the time this movie is set). But Richard Nelson’s very good screenplay has next to nothing to say about FDR’s illness, and withholds discussion of the impending war for quite a long time. The movie simply shows the pain the president suffered and is the more powerful for this refusal. And talk of war comes in a rush of well-chosen words, when it belatedly arrives.

Which does not mean that Roosevelt is an idler. On the contrary, one gains the impression that he is something of a complexity monger. Take the matter of family, for instance. His mother is a bossy nuisance much of the time. His wife is a chill point, disappearing in the distance. Even his secretary tends to override him some of the time. But he just keeps rolling almost genially through the confusion. He seems to like mess and you begin to get the feeling that it is a means of escaping from pain by keeping emotionally busy.

That’s when the king and queen of England, played by Samuel West and Olivia Colman, both excellent, arrive to spend the weekend. They are on a mission, desperately seeking Roosevelt’s support in the war they all know is coming. They are also rather fish out of water. The Roosevelt manse is not exactly a royal palace, and there’s the whole question of where, when and how to bring up the business of forging an alliance, especially with the president seeming so dodgy on the subject. But they are Brits, determined to soldier on.

She’s a strong and determined figure, he’s a little more recessive, soft-spoken and stammering, but they both have the right stuff. They are relatively new to thrones they never expected to occupy, but they are determined to do what they can to advance their cause, which comes down to, well, hot dogs.

The social event of the weekend is to be an American-style picnic at which the royals are expected to ingest frankfurters on buns. It is, in its little way, a crisis. Is it perhaps infra dig? Or is it a fine democratic gesture? In any case, they have never tried hot dogs and they are under avid press scrutiny on the subject. Whereupon the king (popularly known as Bertie) proves his mettle. He takes a big bite of the thing and after a suspenseful gnaw on it, beams his approval as the flashbulbs wink their approval.

At last, king and president can get down to business. The movie now turns serious. That evening they begin the process of forging the “special relationship” between the U.S. and the U.K. (the movie would have it that the king came up with that phrase, although I do not know if that is actually the case). We do know, of course, that something lasting evolved out of their long night of conversation. The scene between them is very well written. The talk between the two men is serious, literate and extensive. In its way, it is as much a promise of the movie’s high intention as the wit of its more lightsome passages.

Not that Daisy is now shuffled to the side. She remains a strong presence. Production notes give us to understand that the film is significantly based on material that was discovered after she died and the unstrained nature of “Hyde Park,” as we view it, reinforces that belief. The quality of its playing, the easy literacy of its writing, the unforced strength of its direction bespeak something we don’t often find in our films: a blend of serious intent with a high — or high enough — wit. There is a sufficiency of films out there that breathe fairly hard in the attempt to be taken seriously. But movies like “Hyde Park on Hudson” seem to me to have an uncommon and special grace. Maybe it is too specialized for a large audience (Franklin D. … who? I hear people murmuring). But I hope not. There really must be room in our lives for films that aspire, but never admit to those aspirations, that seem to be out for no more than a good time, but that almost casually deliver something more than that. 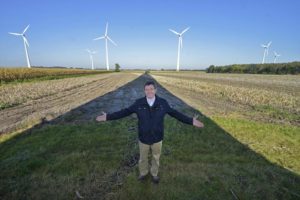