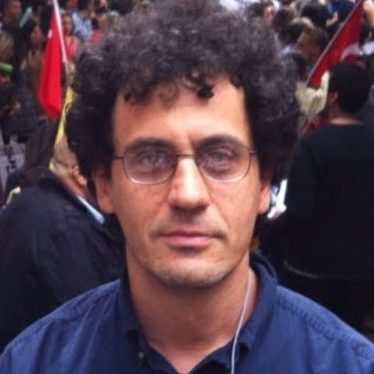 As he did in 2016, Bernie is offering something unique to the political landscape: a transformative vision for a more just and equitable country, and a renewal of American democracy.

His movement is built upon four central tenets:

Sanders is correct on all four fronts. Until such a program is successfully implemented, America’s endemic social and political crises will continue unabated.

American politics are locked in a decades-long stalemate. The Republicans block any major Democratic initiative and vice versa. This arrangement invariably preserves the status quo, frustrating anybody who tries to change things democratically. Sanders’ political revolution, which unites working people across the racial divide, promises a release from this stasis, and there’s ample evidence that it will deliver the kind of electoral victory in the House and Senate required to do just that.

Before I turn to that evidence, however, let’s make clear what it would mean for American politics if Sanders were to triumph this November: We could begin to meaningfully deal with climate change, wealth inequality, the housing and health care crises, and perhaps wind down our forever wars in the Middle East; under a moderate Democrat, nothing will get done.

Despite this, establishment favorites like Sen. Amy Klobuchar of Minnesota and former South Bend, Ind., Mayor Pete Buttigieg maintain Sanders is a dreamer, his platform would never make it through Congress, and only their incrementalist goals have a chance of being realized. What goes unsaid is that the moderate agenda would do nothing to alter the basic realities of American life in which the rich get richer while working people continue their slide into debt peonage.

If, on the other hand, Sanders can alter the balance of American politics with a new majoritarian coalition, real, necessary change could happen.

Sanders intends to achieve this by dramatically expanding the electorate — something he has already done by energizing young voters and deploying his legions of supporters to the kinds of communities politicians tend to overlook. Sanders has also proved more popular with the white working-class than Democratic candidates have in recent election cycles. His appeal to this bloc is the same as it is to people of color. The difference is that the former has overwhelmingly voted Republican in recent years. If Sanders could win over even a portion of these voters, he’d likely break our political stalemate.

One byproduct of a multi-racial working class coalition is that it would create the conditions to finally end the American political system’s de facto protection of white privilege, which the modern Republican Party has been able to preserve and perpetuate since it began targeting Dixiecrats as part of its racist Southern strategy.

This is the bedrock of Trump’s white nativist appeal, allowing him to gain the allegiance of many white voters without providing any improvement to their material conditions. Sanders can take a sledgehammer to that bond by meaningfully bettering the lives of all working people. This alone could shatter the GOP’s hold on power.

It’s a beautiful paradox that Sanders’ appeal among the white working class might break the deadlock that has kept America’s structural racism in place. A Sanders presidency would mean that anti-racists would control the federal government, which remains the most powerful instrument available to address this foundational crime of American society.

A lifetime of following American politics tells me that little if any progress can be made in this country without tackling the persistence of structural racism; as long as it goes unaddressed, it will continue to cause harm and pervert our collective sense of justice. The Sanders movement is committed to doing what’s necessary to overcome this scourge, going beyond the fatuous claims of equal opportunity promoted by the Democratic establishment. Sanders calls for direct investment in poor communities of color, universal voting rights and registration, criminal justice reform and a radical reduction in incarceration, all while seeking nothing less than the eradication of the racial wealth gap. It’s an agenda that aims to lift every family into the middle class. If you think I’m exaggerating, here’s a link to his platform. Suffice to say that if he were successful, it would truly be a new day in America.

Indeed, ending our political stalemate would usher in the kind of progressive change polls indicate Americans would welcome with open arms. These policies include a reduced Pentagon budget, sane gun laws, a humane immigration policy (with a direct route to citizenship), the expansion of Social Security and the erasure of student debt, guaranteed vacation time, a $60,000 minimum salary for teachers, equal pay for equal work, a federal jobs guarantee and Medicare for all. Perhaps most important, we could respond to the climate emergency on a scale scientists say is necessary.

Of course, no discussion of climate change is complete without mentioning the other plague on America’s political system—what I call the lobbying industrial complex. Every Democrat on Capitol Hill claims to respect climate science, but only the true progressives have been willing to buck the fossil fuel industry. Given their hostility to the Sanders agenda, it’s reasonable to assume that big-money donors and even bigger money lobbying would conspire against him. Perhaps you’re wondering: Would they succeed?

If he were a mere politician, the answer might be yes. But Sanders is also the lead organizer of a mass movement, the central aim of which is to mobilize Americans to take back their government from big-money interests, and one that is designed to prevail. If you think any House member is going to get away with voting against President Sanders’ climate policies, to choose one example, you’re simply not paying attention. Any such official would face pressure from his or her constituents far surpassing a handful of expensive suits. Indeed, he or she would be unlikely to survive a primary; call it democracy in action.

Finally, with the Iowa caucus less than a week away, it’s important we step back and recognize that the legions of Bernie backers are having the time of their lives. This is a magnetic movement, with loads of conscientious, intelligent people of all ages, from all backgrounds. It turns out that redeeming American society is a blast! And the fun is just beginning.