The Republicans’ favorite punching bag, ACORN, has emerged from an external review process looking far less shady than its opponents would like, but the Association of Community Organizations for Reform Now still has some management issues, according to the inquiry’s findings. –KA

The review, commissioned by ACORN in the wake of a hidden video expose that showed a few of its employees appearing to offer tips on how to break the law, also largely absolved the Association of Community Organizations for Reform Now’s current management, laying much of the blame on founder Wade Rathke for lax oversight and dangerously rapid growth.

Scott Harshbarger, the former Massachusetts attorney who led the inquiry for the Proskauer Rose law firm, found that ACORN is not subject to “basic, appropriate standards of governance and accountability” and suggested specific measures to help restore public confidence.

The review practically absolved ACORN employees caught up in the expose in which a few employees appeared to be offering advice on how to run a brothel. 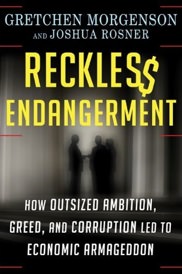